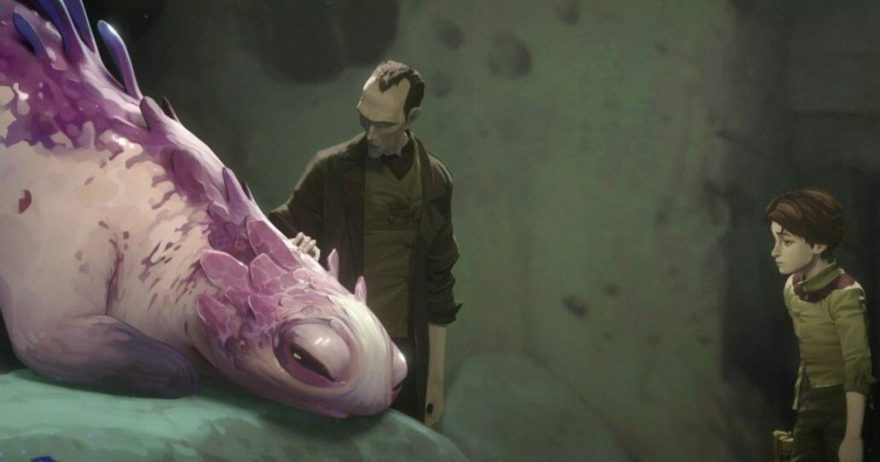 You’ve all seen Arcane. Of course, if you hadn’t then you wouldn’t have clicked on this article right? Well, today we’re going to be theorizing a little bit in regards to the odd purple substance you see throughout the show – Shimmer.

Where does Shimmer come from and what is it? Who are the people responsible for this drug making it into Runeterra’s world? That’s what we will investigate today!

We are sure that Shimmer is not created by anyone other than our favorite insane. – or genius (?) – chemist Singed. This is evident in the flashback scenes Viktor’s childhood. He meets Singed in the laboratory, as well as Rio, the adorable Little Legend TFT, as well as the mutation Singed experiments on.

We see Rio later on as an adult, and not as a cute little mutation. Broken being with many tubes stuck in it. The experiments don’t seem humane and we do think Singed would be in big trouble with Peta, but I guess Peta hasn’t made it to Zaun yet.

It is not known if the tubes are pumping Shimmer to Rio or out of them. All we know is that the animal had to inhale the flowers and then be used as a laboratory rat to make the highly addictive substance.

Shimmer in Relationship to the Void

But there’s another theory on Reddit. It is absolutely insane. This is going to blow your mind! Reddit user u/Leona_DA_vinci Shimmer could be the portal to the Void, explained the author.

How did they arrive at this conclusion? Sound cues might be one reason. Shimmer is shown with the music changing to the Void theme whenever it happens. This could be interpreted as: that Cho’Gath It could be coming in Season 2 of Arcane!

Not only are audio cues important, but visuals as well – duh Arcane is a show, not an audiobook – and don’t The colors of Arcane are reminiscent of the Void, whenever Shimmer happens? These same dark colors and purples are associated with animals like Kog’Maw and Kassadin, right?

But we’re not doing the theory much justice, so check out the full theory on Reddit right here guys!

Are you convinced there’s something to it? What do you think? Singed is Singed using Silco to implement his grand plan We know Singed is responsible for 90% of Runeterra’s happenings so this could be just another ploy by Singed or is he trying the bring down the world by inviting in the Void to Runeterra. Many questions to be answered, hopefully soon!