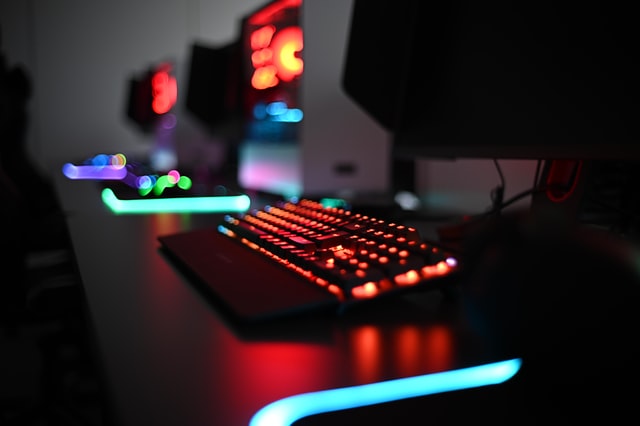 Living the life of a gamer
Although selling games isn’t a novel concept, WAR FIELD believes it appeals to players who want to supplement their income.

“Can you think of anything better than getting paid to play video games?” “It’s been a gamer’s dream,” says WAR FIELD creator and CEO Andrius Mironovskis. “It’s not about having the finest visuals or providing them something really unique in WAR FIELD. It’s an exhilarating, fast-paced online game from the world’s most popular genre that allows anyone to earn a real money that they can withdraw and sell later.”

According to the company’s press release, the new online ‘first-person shooter’ game will build a complete blockchain-driven game economy that will allow players to win, withdraw, and trade Golder exactly like Bitcoin or Ethereum.

According to Andrius Mironovskis, the WAR FIELD team chose a shooter as its first game since shooters have the biggest market share in the over $100 billion gaming industry. The business intends to expand the Golder platform with other games.

The shooter rules in WAR FIELD suggest that players participate in deathmatch-style games, with the victors finally receiving Golder from the losers. Unlike huge tournaments, a player doesn’t have to be an expert to enjoy WAR FIELD and win cryptocurrencies — all he or she has to do is be somewhat better than their opponents.

The business expects to create a marketplace as well as three additional battlegrounds by the end of November 2018: Amusement Park, Area 51, and Pleasure Island. By May 15 of next year, WAR FIELD hopes to offer mobile versions as well as PlayStation and Xbox versions.

The company’s crowd sale campaign, which began on June 28 and will end on November 15, 2018, is offering Golder tokens. WAR FIELD is giving large discounts on Golder tokens during its ICO, up to 60% off.

Golder will be unlocked and completely tradable after the ICO concludes. They may be withdrawn from the game into any ERC-20 Ether wallet with no maximum limitations and then exchanged on cryptocurrency exchanges without restriction. Golder’s worth is expected to increase in tandem with the success of the firm’s games, according to the corporation.