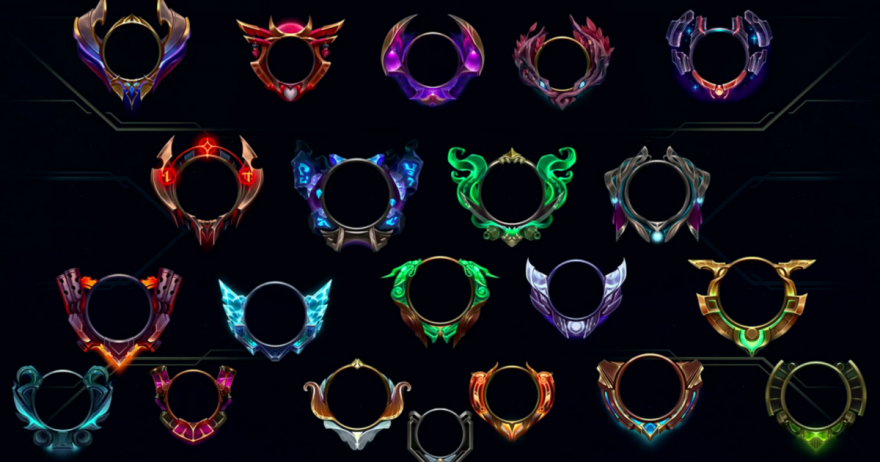 What Are the League of Legends Level Borders?

The League of Legends Level Borders are different frames you can add to your profile to represent your level. Each border has a different theme, ranging from level 1 (the lowest level border) to level 500 (the highest level border). Riot Games, on April 13, 2022 decided to make the level borders more modern.

What are the Level Borders in League of Legends

There are currently a total number of 21 level borders The game has a number of levels. Level borders are from the lowest level border (level 1) to the highest (level 500). Each border has a particular theme, like  Piltover, Hextech, Shadow Isles, etc. The video below shows each border after it was updated. You can no longer gain level borders if you have reached level 500.

As mentioned above, every border has its theme. Here’s a list of all the themes for lever borders:

Can I Keep my Current Level Border?

Imagine you’re about to upgrade and get a new border. However, you still like your current one better. You can pick freely amongst all the frames you have achieved throughout playing the game. If you are nearing the completion of a level 225 border, but enjoyed the 200 level border, you can keep the 200 level border and level up.

Click on the icon at the top right to access your profile. After you are in your profile, click on “BORDERS” to choose the border that suits your needs.

How to gain level borders in League of Legends

You can easily receive new League of Legends levels. All you have to do to get enough XP to level-up. There are several ways to level-up in League of Legends. Playing the game as usual is the best way to level up. You’ll gain more XP if you play the game longer. Winning a game will also give you additional XP. You can get more XP by winning the first day’s game.

How did the Old League of Legends Level Borders Look like?

On April 13, 2022, Riot Games decided it was time to give the past level frames a makeover. Riot felt that modernized borders would look better than the more detailed borders. Here is a video of all the old borders:

Are there going to be higher levels of border control in the future?

Riot has not provided any details about the possibility of adding additional borders to the game. As mentioned above, there are currently no further borders once you reach level 500. It will be exciting to see what new borders we receive as players progress to higher levels.

Which border level is your favourite? Join us on Dicord Let us know your thoughts!