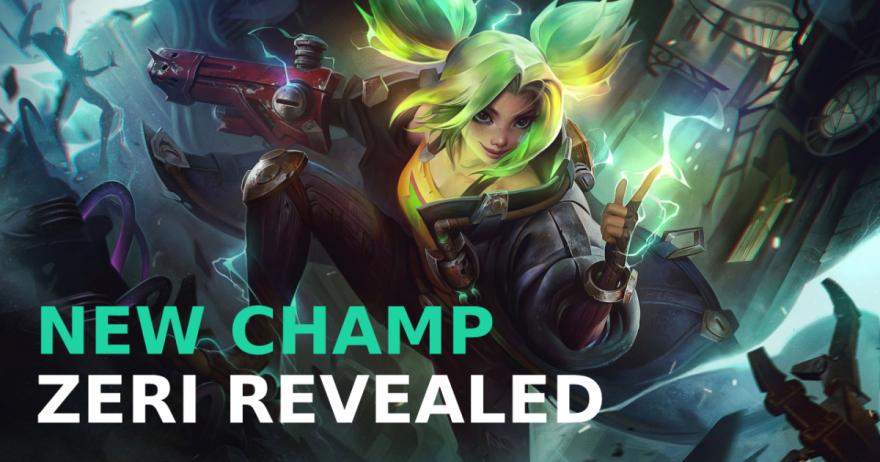 The universe page on the League of Legends site has revealed the next champion. This is the new ADC!

What do we know about this champion, what abilities she will have and who she is related to is not yet known, but her bio has been revealed and we know that she is quite close to one of our favorite champions – and a key persona in our Arcane is my favorite show – Ekko!

When will Zeri be released?

Zeri will likely hit the PBE servers tomorrow, or sometime during this week. So she could arrive as soon as possible LoL Patch 12.02 With LoL Patch 12.01 Released January 5, 2022.

Riot Games has done similar things before. Last year, Viego was revealed by Riot Games during their live stream of the 2021 Season. He landed on PBE shortly after. Zeri might also experience this, but someone was a bit trigger-happy and had already made public Zeri via the universe page.

What do we know about Zeri?

Since her bio has been revealedWe know she was raised in Zaun by a loving family. She has always been fascinated with electricity and can even create power outages just by sneezing.

Her bio demonstrates how she uses electricity for those in distress. She can move fast and charge up. – a hint at a future ability perhaps? – and she is able to destroy whole chem-baron supply lines thanks to her lightning ability – an ultimate perhaps?

Because she is quick and agile, there will be a few dashes. We also know that she will be using the September roadmap’s unique firing mechanism.

Where did Zeri come from?

Zeri was revealed to be from Zaun. Based on the September roadmap, it was clear that she would be a champion for the region. Many people had speculated that Professor von Yipp would be the new ADC, but these rumors are now over.

Her name is also well-known, but thanks to Legends of Runeterra. She is very similar to the Practical Perfectionist card. Who isn’t excited to try this new ADC?