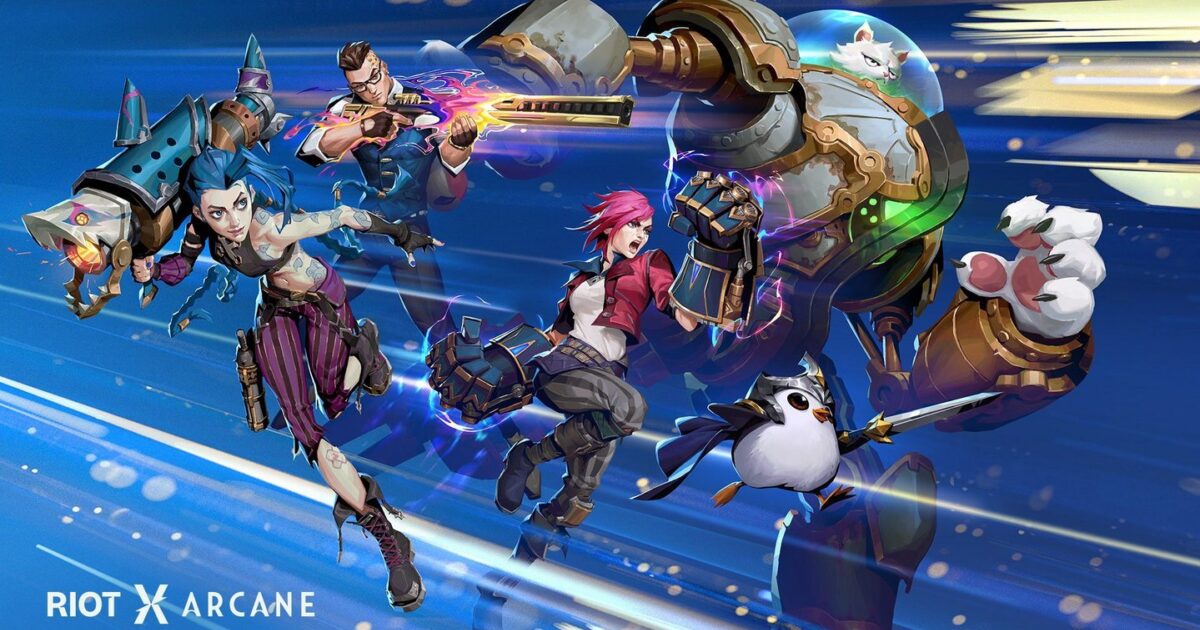 Riot has announced exciting events around Riot’s first show. Netflix: Arcane. They are not only collaborating with games such as Fortnite and PUBG mobile, but they have also created a website specifically for this event. Players can now explore the Piltover and Zaun regions and earn rewards, unlike previous in-game events like Spirit Blossom or The Ruination.

You might be wondering, “What can LoL players get from this event?” We have your back.

How long will this event last?

What are the Events Planned For Riot x Arcane

As previously mentioned in our Article on Arcane, the show will premiere on November 6th To coincide with Worlds 2021 Finals – DAMWON KIA vs EDward Gaming Act 1 will include the first 3 episodes. You can view them all at once. The show will air in three acts.

Riot has planned a show at Worlds 2021’s opener, as per the official release of Arcane

“It all starts at Worlds Finals. Mastercard will present an Arcane-themed Show Open. The Show Open will include music from Arcane. We’ll continue into the Global Premiere, hosted live on Twitch, and co-streamed by your favorite streamers, with watch rewards across all of our games.” – Riot x Arcane Website

Twitch users who want rewards for tuning in should make sure their Riot accounts are linked to Twitch. The Worlds Opening Ceremony will begin at 8:00 AM ET/5:00 AM PST/1 PM CETSo NA fans will have to get up early in order to not miss out.

Every Legend has its beginning. #Arcane Netflix’s premiere is November 6. New episodes will be available on Saturdays.

This tweet will be sent to remind you when new episodes are released. pic.twitter.com/ESn7P08IiU

It’s not rocket science. But we can help you if you don’t know how to do this!

Watch the Arcane stream now or one of the other co-streams to get cool loot and free access!

Is there a hype for? @arcaneshow? Share it with your friends!

All @Twitch Episode 1 can be streamed live by creators on 11/6. 5:30pm pacific. Twitch Drops will also be available in-game! #ArcaneCostream

What are the Rewards of the Arcane x Riot Event

Most viewers will be able to obtain an Arcane Capsule LoL Loot. You can find the capsule in the League client under loot just like other drops. The complete list of all Riot Games watch rewards is here:

Remember to enjoy the benefits of the event!

As previously mentioned, the Riot X Arcane website Another way to earn rewards is by playing League of Legends. League of Legends fans can explore the world and earn things such as Prime Gaming Loot Capsules You can also earn other rewards. These rewards can be earned starting at November 7, 2021

League of Legends will see major changes as a result of this event, which coincides with Preseason/Season 12 How already have we covered? Arcane skins available for Jaycee, Vi, Jinx, and Caitlyn were announced as well as the upcoming preseason changes such as The Hextech and Chemtech Drakes!

We will keep you all informed if there are any changes. But that’s all for now. Riot X Arcane

Want more lol content? You want something concise, clear and of the highest quality? Check us out at RiftFeed.