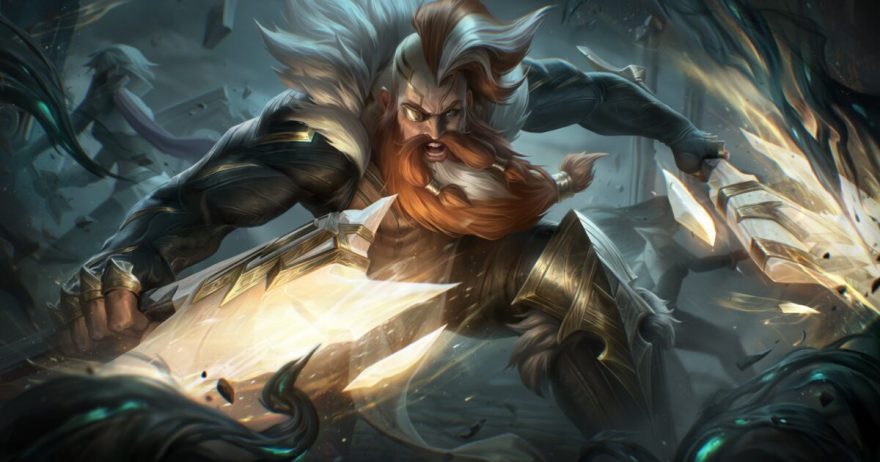 Riot announced a hot-fix micropatch emergency coming in just before Season 12. Are you excited about any of these changes or announcements?

The patch is out already, and it was released at a very rapid pace. I think Riot It is really Wanted to nerf Kassadin

RiotPhlox is a designer on the Summoners Rift Team. He tweeted this list of changes that were made on Wednesday, December 15. Below is Riot’s latest Patch Preview Tweet. This provides the most current information about upcoming changes.

11.24b micropatch with actual modifications! These will be sent tomorrow.

Have a great holiday everyone, see ya next year <3 pic.twitter.com/EqsepVfsVM

Many of these changes look very interesting. We are thrilled to see Kassadin listed on the list for nerfs. However, Pyke’s buff is a little confusing. He wasn’t good enough?

What? A Gwen Esports Pro? This is real life.

Riot are afraid to buff this champion, as she is very skilled in pro play. This is just an example. Gwen receives a small buff in the beginning of the gameThe emphasis should be on the small.

After the Goredrinker changes, Olaf is having a difficult time in Season 11. He’s not very good at all right now. Perhaps Season 12 will improve?

This should be Olaf’s big win, so we’re happy to see that champ get some love. Olaf mains rejoice (If they do exist)

Kai’Sa’s performance over the last few months has been inconsistent. She is currently outshined in almost every ADC. But used to be super OP when playing pro along with champions Rell, Leona, & Nautilus

These are some significant changes. Riot would like to see Kai’Sa meta again. Prepare to perma ban!

Varus was a viable champion in Season 11, but is now a little weak. Riot is making interesting moves to improve Varus’ on-hit build, which is terrible compared to his lethality build.

Pyke isn’t really hurting at the moment, which is why we are confused about the nerfs. His itemization options seem insane. If he starts to snowball it’s gg

These are small changes but Pyke players will not mind.

Mundo is a little too strong lately. Riot is taking the necessary steps to prevent him terrorizing the 11.24 rift.

We are really looking forward this one. Riot must have something big under their sleeves for this OP champion.

We are slightly disappointed that he won’t get a larger nerf. However, taking 33.3% off his passive is a fair change. We will accept it.

Lux has been one of the most powerful mid-lane champions for many months. We’re happy to see her early game power being reduced.

These are good changes. We’re happy to see Riot make this one a success.

Vayne is in dire need of some adjustments, but Riot believes she can be made worse by buffing other ADCs.

This is a very decent nerf. It will make it easier to Vayne A worse pick in meta, with other ADCs getting buff in this patch.

Talon was a key Jungler in Season 11. Riot plans to remove some of his. clearing powerTo take him down a notch.

Talon Jungle is not going to be the last man standing, but a 20% W nerf will help him get in line with the other Junglers currently in the meta.

In this category, only one change is planned. Glacial Augment is due for a buff because of its underwhelming performance during previous patches.

This buff is hard to measure. Theoretically it could be massive for certain champions. Glacial feels weak at times, but it is still an effective rune. We might be proved wrong!

This is the same as system buffs. Only one change has been made. Riot is reducing First Strike’s overall power, as it’s too strong against certain champs.

This is not too much of an issue. Riot had to cut back on some First Strike’s power as it was becoming too ridiculous on certain champions.