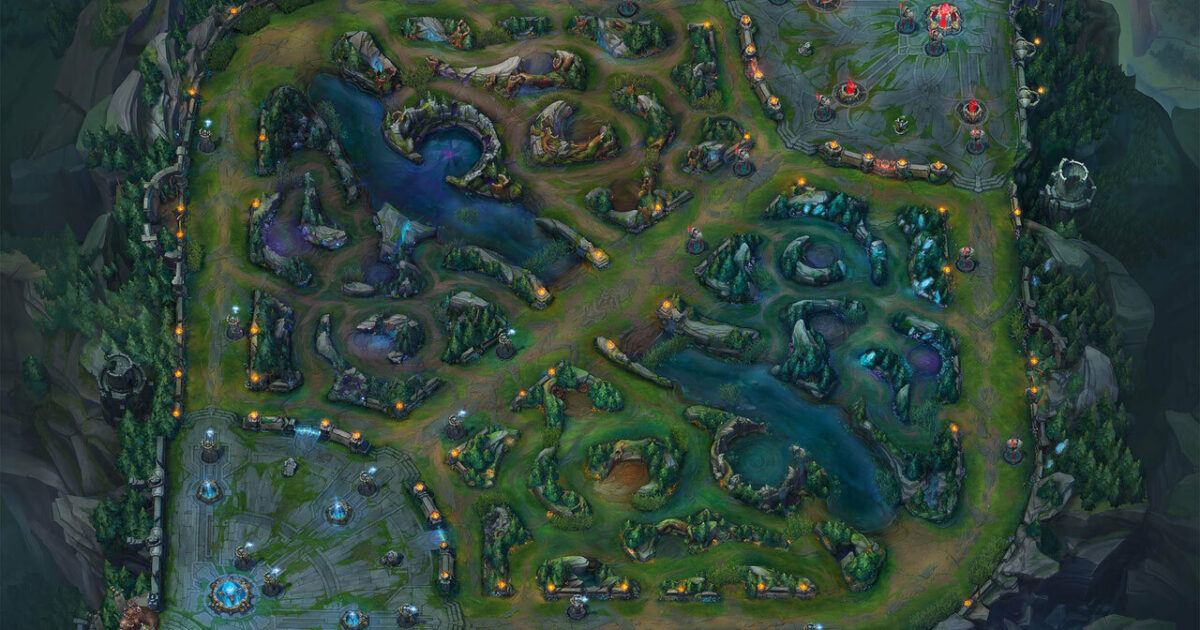 It is easy to recognize the name of “League of Legends”, but it can be hard for newbies to understand what it all means. The complicated game has been broken down into simple principles that anyone can understand..

The jungle is a lane that’s unorthodox and of exceptional caliber between these lanes. Each lane has its own requirements and we will discuss the purpose of each one.

Which Lanes Exist in League of Legends?

As stated before, there are three normal lanes on Summoner’s Rift all of which lead to the enemy base and the Nexus within it, that must be destroyed to win the game, as well as the jungle, which is not a lane in its own right but acts like one in every way that matters, as far as the basics go. Is this the right way to play the game?

The top lane is for you if you like to play solo but take and deal damage. The top lane is located farthest away from the bot lane or the dragon. Both mid laners and junglers will often leave you alone.

The “Island” lane in the top lane is often referred to as such. You should choose a champion capable of surviving or winning 1v1 duels and one that can function on its own with no assistance from the team.

Junglers have the ability to move around the map and they are an important role in the game. They can also choose which places they want to influence, which can dramatically change the game’s course. It’s also the hardest role though, as you have to plan your moves in advance because To be able to recognize the enemy jungler and their actions, you will need to know how to farm your jungle..

The jungler role is the most difficult to master. You need to know everything about the game, so you should choose the role that allows you to move around the map the most, and then optimize how you use and take the objectives, such as the buffs.

You have the greatest champion selection and most playstyles together with the jungle. You can be a midlaner and focus on killing enemy. However, the mid-lane can also give you the gold or XP. Or you can help your teammates roam a lot since the mid lane has the shortest lane. You will spend less time in the lane than you would with the side lanes.The bot and the top-lane. You have almost unlimited options if you move to the middle of the map and choose the mid-lane.

This lane is also very popular, as the champions who frequent it are the ones that are played most often. This is where you will find the most stereotypical fantasy characters.

Attack Damage Carry, also known as the ADC, and Support are the two roles in the bot lane. Are you looking to be the main source of team damage? ADC could be for you. ADCs can deal the most damage later in the game because they are able to use basic attacks to do the most damage.

ADCs must be able hit minions quickly to get stuff. But this is not only for ADCs. It also applies to support and jungle players. ADCs require a strong position. You are very fragile as an ADC. This means that almost everything one-shots your way. You should never leave your Support without it unless it is certain that you can be killed.

On the other hand, if you wish to help your carry on the bot lane, avoid the pesky last hitting, and be the strategist on your team? If you are looking to support your team, then this is the role for you. Your carry is not your only support. Many support can help their junglers and go to the middle-lane to gank them. You have many options to support your team. Most of them are subtle. For example, giving vision to your team, buffing their abilities, and protecting them from damage.

Which Lane is the Easiest to Play?

Your playing style will determine whether you find a particular lane easy or hard. The game offers so many possibilities, which can change with each match, every patch and every season.

In the end, though, the need for mechanical skills is a trade-off for the statistically significant impact you can have in the game. the support of the bot lane is the easiest to play.