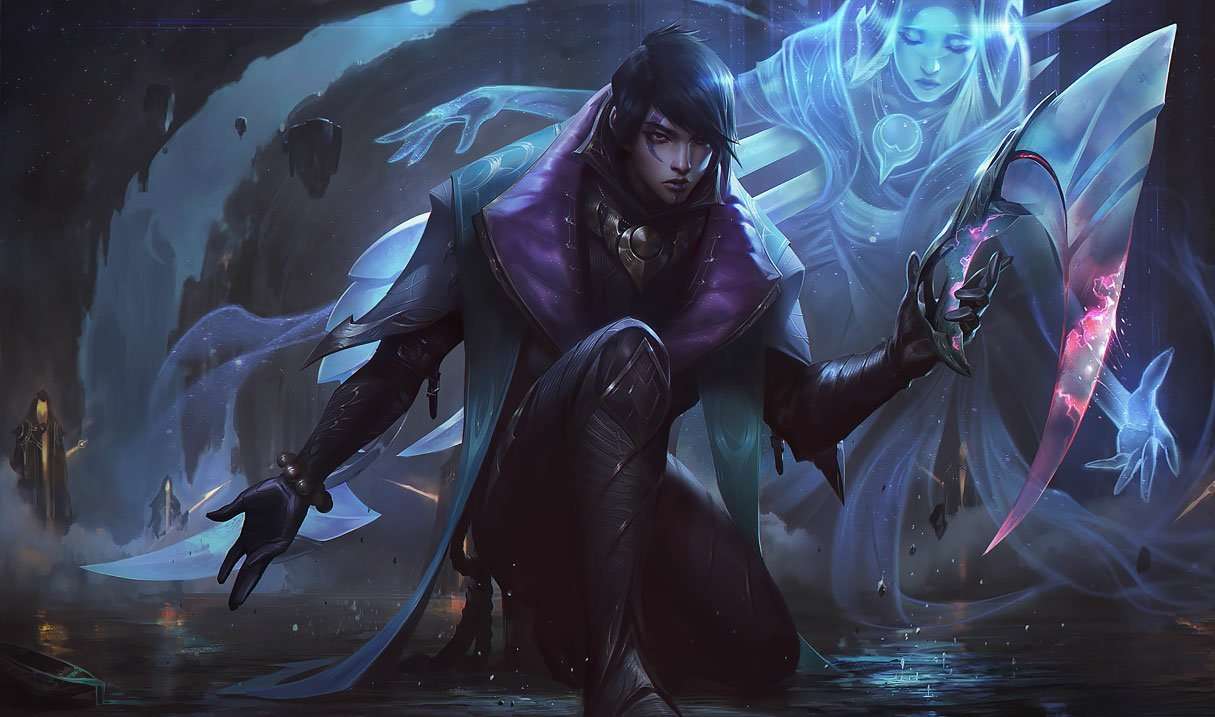 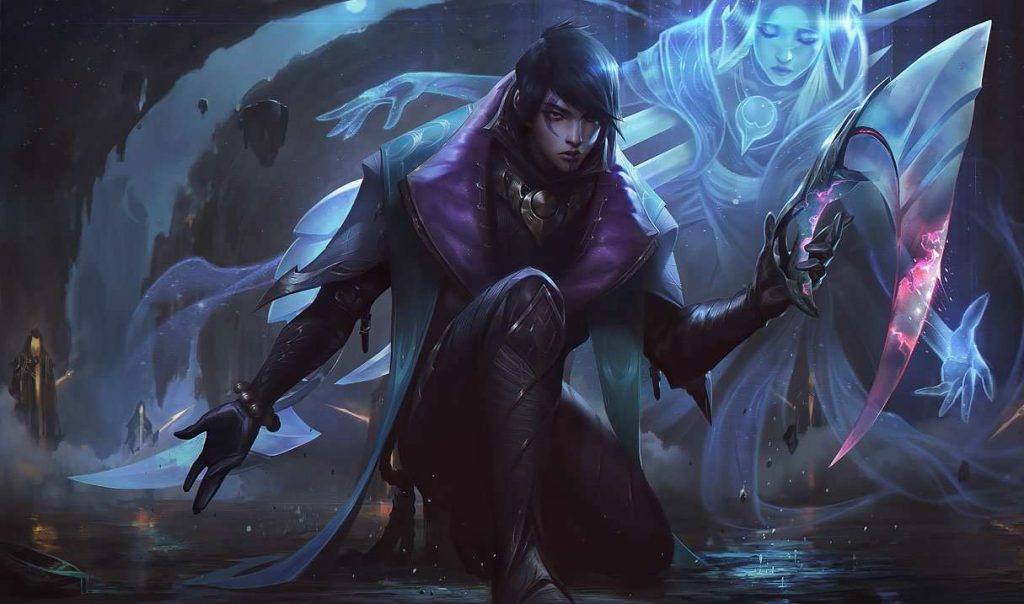 Marksman is a long-ranged attack class that focuses on dealing sustained and robust damage to specific targets. Aphelios, a Lunari assassin commanded by his sister Alune, is one of them.

Aphelios belongs to an ancient religious order, the “Lunari,” and lives in Mount Targon’s caves. It’s home to celestial beings such as himself.

He isn’t a celestial being, he is just a normal guy who was physically gifted while his sister was gifted in magic.

Through an ancient fortress called Marus Omegnum she switched to the spirit realm. Alune was the only person allowed into the fortress. They were shown their location by the fortress and engaged in a fight in which the majority of the Lunari were defeated with Aphelios being also defeated in the fight. Alune helped him by using her magic after he drank Noctum, the poison. The magic combined “the two parts of the moon” aka Alune and Aphelios which helped to push the Solari back .

Aphelios kills all those who are against his faith by brooding silently, speaking only through the certainty of his aim, firing each weapon and earning him the title “The Weapon of Faithful”. Aphelios can be fueled with a poisin to make him mute but his sister Alune is his guide and offers him an arsenal of weapons.

As long as the moon shines, Aphelios will never quit fighting, and he’ll never be alone, defending his faith in the moon and his people—one shot at a time.

Aphelios, a celestial being, is part of the Lunari. This ancient religious order lives in Mount Targon’s Caves. The Solari are sun worshipers and consider the Lunari heretics. This is why the Lunari live as outcasts to defend their faith in the moon.

Alune, the celestial being, was always with him, and Aphelios was working on his assassination skills. They were forced to separate after the Solari attacked them. Alune could channel her lunar magic through Aphelios. He combined his fighting skills with it.

Aphelios is willing to risk everything to defend his people and faith on the moon, while Alune remains trapped in the temple. He needs to help Alune find his path to justice, which he will do by helping him find his way to the Lunari.

Aphelios, one of the most complex, is champions in League of Legends It also has the highest skill ceiling. That’s why when you manage to master this tricksy character—you’ll be able to outplay anyone.

Aphelios is able to access two Lunari weapons at a given time. One main-hand, and one off-hand, from his sister Alune. All weapons have an activated ability and a basic attack that can be used to consume ammo. Aphelios will discard weapons that run out of ammo and summon Alune to replace them.

This ability allows Aphelios, in a matter of 0.25 seconds, to quickly switch between his primary and secondary weapons.

Aphelios doesn’t have a third ability. Instead, the slot in the third will show Aphelios the next weapon that his sister will give him when he runs low on ammo for the primary and other off-hand weapons. Weapon orders usually start fixed but change over time—when Aphelios’s weapon runs out of ammo, it automatically goes to the end of the weapon order.

Aphelios’ ultimate attack is The Moonlight Vigil. It sends forward a full moon that explodes when it hits a target. It targets champions and inflicts damage on nearby opponents. Aphelios will then continue with his enhanced basic attacks using the main-hand weapon against any opponents caught in an explosion by the moon bomb.

Aphelios automatically acquires R upon reaching level 6. It will automatically increase in strength when he reaches levels 11 and 16. Since he doesn’t use the points to put into Q W E or R, he can choose from damage increase, lethality increase or attack speed increase.

Aphelios has 5 activated abilities that depend on his main-hand weapons, including:

Aphelios is a simple character to pick up, but one that is difficult to master. Aphelios has special ammo swapping and gun-handling mechanics. He can use five guns with unique effects, each with its own special effect.

Here are some tips to make Aphelios more fun:

This is the story of another champion KATARINA!