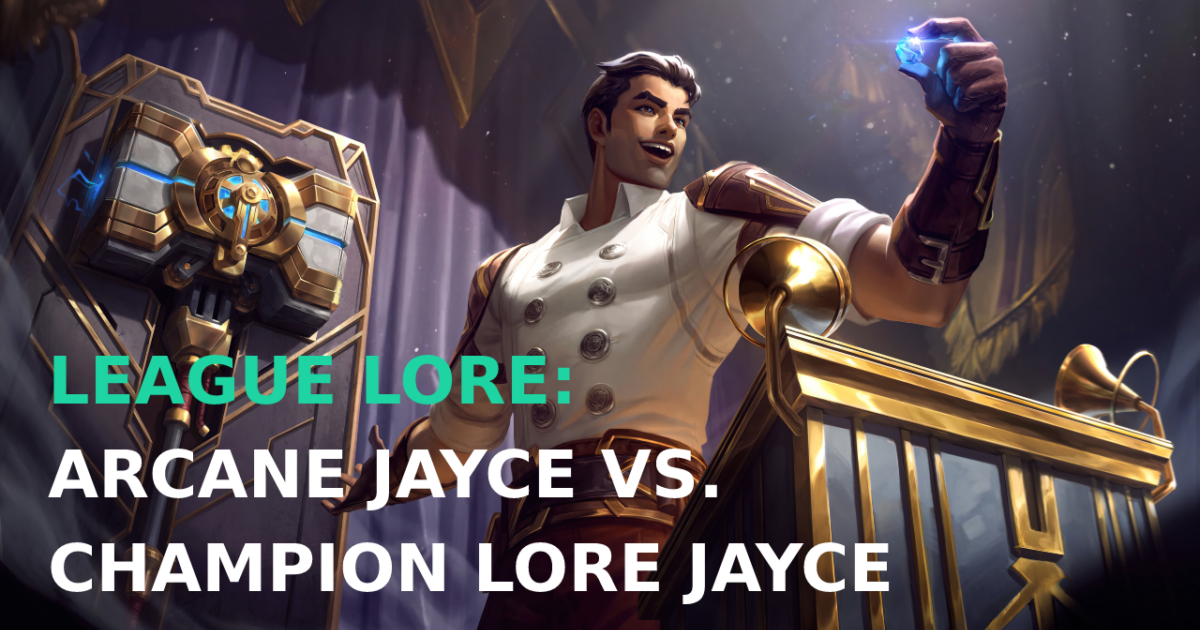 Okay guys, Arcane has ended so it’s time we think about the lore in the show. There are some things that have changed from the original champion legend, but it isn’t too much to make those who know League of Legends lore feel out of place.

The changes made to the champions were subtle and didn’t feel forced, creating an insanely detailed and inspiring story. However, there were some differences. One of these was the Jayce in his role.

Jayce’s Personality in Lore vs. Arcane

Jayce is described as extremely arrogant, dismissive and someone who wouldn’t slow his pace for other researchers to catch up. Jayce had it all, which made him extremely unique among his peers.

On the other side, in Arcane he seems to have some semblance of patience and doesn’t seem to be disliked too much. Of course, we don’t see him interacting much with anyone other than the council or Viktor so we can’t be sure of how the others in Piltover see him.

Arcane Jayce is confident, but a little self-absorbedThis is reflected in subtle imagery throughout the show. Jayce can be seen inspecting himself in the mirror during one scene of Viktor working on the Hextech key.

So while Jayce seems to be a complete douche in his champion lore, something he even admits in the short story ‘A Quick Fix’, he does have a more toned-down personality in Arcane, making him more likable.

These characters must work together in lore and Arcane. However, they do it in very different ways. Although Viktor is described in Arcane Jayce as his partner, and he willingly works alongside him, their relationship in champion lore seems more forced.

Both don’t hate one another, but neither can describe the other as their friend. Arcane means “Arcane.” Jayce refers Viktor as a brother. According to champion legend, they both have mutual respect, but their relationship is essentially over.

However, at the end Arcane, It seems that their close friendship is also deterioratingThis brings the story back to track, so you can follow the events that have yet to happen in both Jayce and Viktors champion lore.

Did the Lore Changes Make You Feel Bad?

Not at all. The show was able to make Jayce a more relatable character. With Jayce being such a key character in the show, having him be an arrogant dick would have made viewers dislike him and we can’t have that happen to one of the protagonists of the show.

Jayce and Viktor are also very close, which is an excellent thing.. These small adjustments gave Arcane the depth it needed, with many champions forging deeper bonds. We’re here for the interpersonal relationships!

So, While some aspects of the Arcane story have diverted from the champion lore track at times, the changes made were not too difficult. Jayce, although much nicer than before, still maintained his arrogance towards the end of episodes. Therefore he didn’t feel too out of character to not be believable as Jayce Tallys of League of Legends. This isn’t the ruination event guys.

All jokes aside, Riot Games and Fortiche’s work is amazing and, yes, truly remarkable. Some aspects of Arcane could be retconned into actual champion loreBut is it really that bad? Not at all. Riot has done this multiple times before, changing the lore and putting the pieces together.

Now all that is left is to Wait for season 2 To find out more and get answers, visit www.stackoverflow.com League of Legends champions! Who would you like to meet?