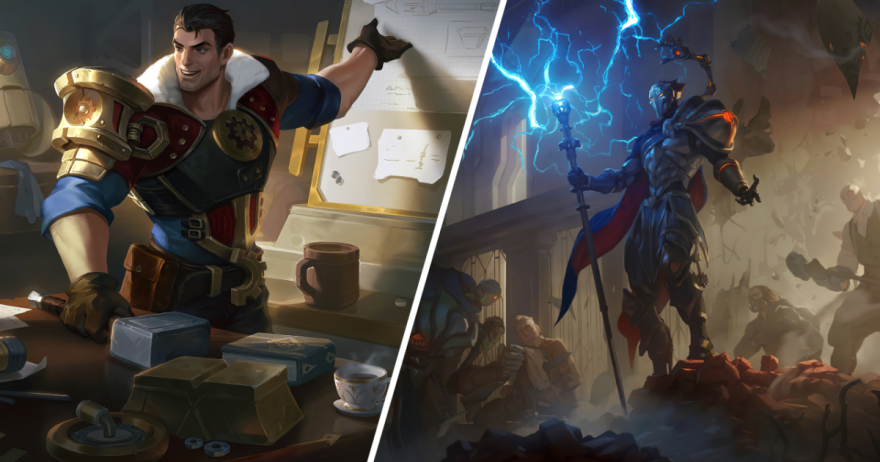 Many new League of Legends fans joined the League of Legends after the enormous success of Arcane. They fell in love the way the Runeterra characters and champions were depicted and have added a new dimension to fandom.

Many fans began shipping certain characters together because of the chemistry between them. When some ships didn’t come to fruition in Act II of ArcaneSome fans were furious. But what’s all the fuss about?

Let’s first look at what shipping is. Fans often pick two characters from fandoms and imagine them together in a relationship. It is not always possible for these relationships to become canon.

What did fans ship in Arcane?”

Jayce and Viktor are the most famous fandom ship. Many believed Jayce was saved by Viktor, and many fans began to believe that their relationship could go beyond friendship. They quickly started working with fanfics, art, and other creative projects.

They were disappointed to discover that this ship wasn’t canon, but Mel and Jayce reunited in the second episode Arcane Act II.

Fans of Viktor and Jayce were furious that their relationship wasn’t explored further within Arcane. Riot Games then reverted to the normal hetero relationship between these two characters. Some even suggested that it could be considered queerbaiting.

Queerbaiting: What does it mean?

Queerbaiting refers to a marketing strategy for fiction and entertainment that suggests, but does not depict, gay romance or any other representation of LGBT people.. But what did Arcane do?

No. Arcane was not a queerbait to convince anyone that Jayce or Viktor would be in a mlm partnership.. The League of Legends website has a lot of information about both champions. It suggests that they were only friends or co-workers.

This relationship between the two men did not have any sexual connotations. Fandoms can sometimes push too far when trying to create a story that isn’t there.

Are there LGBTQIA+ relationships in Arcane

The other side is to look at both Vi and Caitlyn, there has always been the implication of there being more than just a ‘partnership’ between the two. This topic is explored further in the second Act of Arcane. Both characters have been coded previously as queer.

Although it is not clear if Vi and Caitlyn will explore their sexuality, there are many hints that they may be in a relationship.

So let’s go back to the question at hand. Did Arcane queerbait? No. Jayce and Viktor weren’t meant to be anything other than that, and Caitlyn has shown that Viktor and Jayce are in some way attracted to each other.

The hints are subtle and aren’t distracting from the show itself, which is just what the plot needs. There is tension between both Vi and Caitlyn that didn’t exist between Viktor and Jayce.

Riot boasts over 150 champions. Riot seems to be actively working on future shows. This could allow Riot to explore other LGBTQIA+ characters or champions in future mlms.

So, just because one ship didn’t make it to canon, doesn’t mean that it was instant queerbaiting of the developers and creators. Even though Jayce or Viktor may not be canon, you can still ship them and have some fun in the fandom.