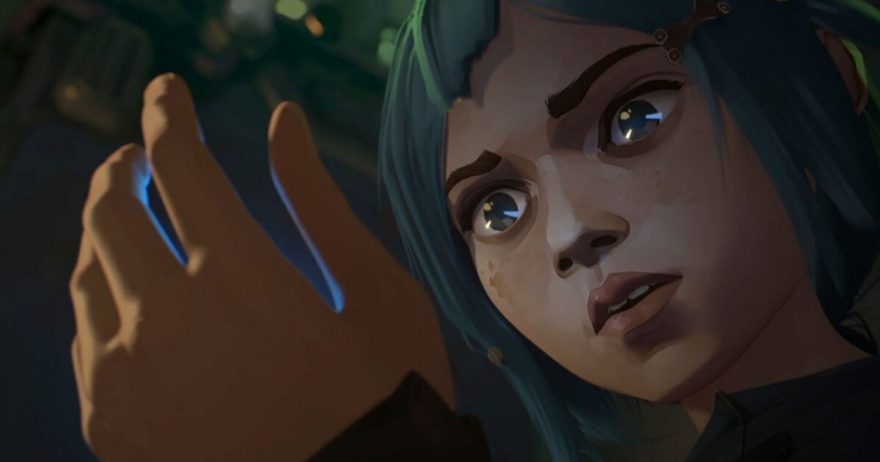 Arcane was a huge success back when it was released, and we can’t help ourselves to be hyped for what else the next season of the award-winning series has to offer.

After Six years The fans finally got the show that they have been waiting for. People who were unfamiliar with the League of Legends universe were drawn to it. We are eagerly awaiting the next season.

The first season Premiered November 6, 2021Nearly a year since its original release, we are thrilled to see what Riot Games, Fortiche, and other developers have in store for Season 2. Arcane has also managed to build up quite an expectation by winning nine prizes in the Annie Awards You can win at the Emmys Award for Best Animated Program.

But what do we really know about the next season thus far? When can season 2 be released? Which character will return to the show for the next season? We have all the information you need about Season 2 on our beloved Arcane show.

Riot has not yet released a date for Arcane 2’s second season.

Season one was a labor of love for Arcane, but it took six years to create the series. There is also a lot to be thankful for. expectation added for Season 2; therefore, we assume the writers and producers will Take your time Also, don’t forget about this season. Because let’s be honest, we don’t want another Game of Thrones final season moment.

Fortiche, the animation studio behind the series, creates their unique animation style. Mixing 3D and 2-D animation With an intriguing technique. The downside is that this technology may make it take a little longer to create the series.

Keeping these factors in mind, we still don’t think this season will take as long as the first season to create, and we predict that the next season will come in the latter part of 2023.

There are so many places in Runterra to explore. For now, we hope you’re not bored with Season 1. It was just confirmed on the final episode. Bridging the Rift Season 2 of Arcane will take place in the same city. Piltover and Zaun.

Piltover portrays a vibrant city with a healthy economy and technological advances. We also have Zaun, which is a city that lives in chemicals, but has a thriving society.

It is still unknown if we will exit these two cities for Season 2, but looking at the abrupt end of Season 1 and with some acquired lore knowledge, we believe there is a chance we will also enter Noxus In the next season.

The Most Amazing Places in Runeterra

Because of the abrupt ending in Season 1, some questions still need to be answered, which we predict will play a big part in Season 2.

Season 1 is already over. Jayce’s and Viktor’s story. According to LoL lore, the two characters will have a deep falling out, eventually developing into a rivalry between the two scientists.

Also, as we mentioned, we believe Noxus plays a big part in Season 2, and we might even be introduced to the visionary ruler of Noxus, Swain.

A second character that we think will be a key character in the coming season is Singed. We can see Singed working on Warwick in the last Singed scene of Season 1. Many believe he is Vander. We believe Singed will play a big part next season because of his LoL lore. If you have already read it, you might know how big of an influence Singed had with everything happening in Runeterra, so it would be safe to assume that he will also play a big part in Arcane as well.

Even though we already have a ton of  LoL lore available, we You can’t predict everything. The Arcane writers do everything they can to make the story as thrilling as possible. Amanda Overtone, one among the Writers of Arcane, shared her thoughts about Season 2’s creation.

Alex and me also have a curse: we aren’t satisfied with anything and want it to be even better. No matter how much information you may have about Season 2, there will always be new things to learn.

Most of the people in this country are able to accept that assumption. Season 2 will feature casts from Season 1. As well. This is what it means Jinx, Vi. Ekko. Caitlyn. Jayce. Viktor. Heimerdinger. Singed. They will assume the previous roles.

As we already mentioned, Swain will likely play a vital role next season, because of all the talk about Noxus in Season 1.

Fans speculate that one of the LoL newer champions might be this.  Zeri,  will appear on the screen because of her close relationship with Ekko. Maybe she will even be part of the festivities? Firelights?

The Best Jinx Skins of League of Legends

The possibilities of which characters will join us during Season 2 are endless. We can only speculate for now. There are many fan theories that character appearances will occur, including the possibility of the Black Rose. Leblanc The possibility of having Camille Join the squad.

What do you think the next season of Arcane will see? We might see Zaun and Plitover again. Blitzcrank Twitch.