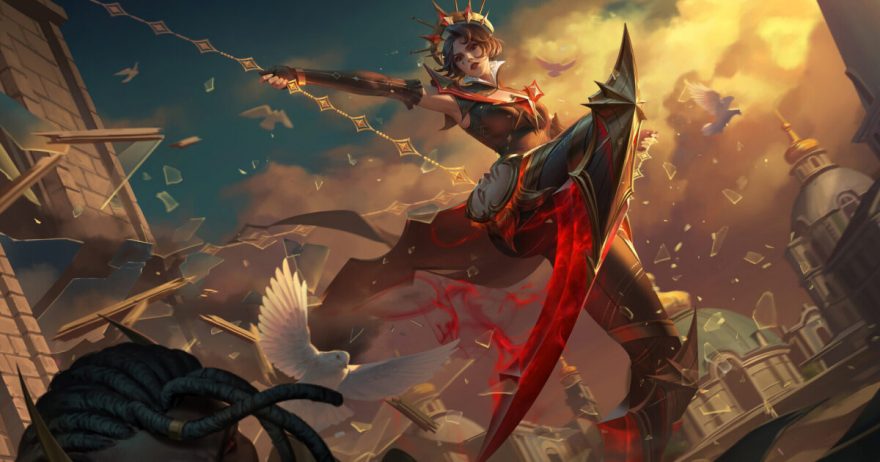 Top laners love Camille. She is a great jungler, has excellent gap closes and can do real damage. So how did she get so strong? I mean, these legs don´t seem too natural, do they? Have you ever wondered what Camille is up to in her memoirs? Lore?

Fortunately, Riot Games We love lore just as much as you do. Each champion has a unique story that allows us to see behind the scenes. Let’s take, for instance, here You can find out a little bit about each of your favorite characters. We are also constantly told about their lives through games such as Legends of Runeterra or other events.

So let´s hop into it!

Who is Camille according her legend?

Camille is part Ferros clan, who is deeply involved with the machinations Piltover And Zaun. The trade is the basis of the centuries-old family business. Synthetic hextech crystals It is well-respected in Runeterra. The clan conducts extensive research into human improvement in order to ensure its prosperity and monopoly.

Its motto is: “For the family I give”.

This is where the legend of Camille This is where the real power comes in. Camille was trained in combat and reconnaissance as well as interrogation because of family business. Camille was the oldest daughter of the clan leader. Head of the intelligence bureau. In order to be able to fulfil her “duties” and not be defeated by her opponents, she took on further refinements, including Bladed legs, Grapple-spindled hipsOther minors hex-augmentationsTo push her to the limits of human ability.

She even had her heart removed to be replaced with a hextech one as a final step.

A huge part of the familie´s core was worried, that Camille would lose her humanity with her heart. However, they could see that she seemed to be the same.

What are Hextech Crystals and How Do They Work?

We hear of Hextech crystals in The. LoL lore. Their immense energy and the magic they create are used in many ways. Sometimes, they can spark great battles. Runeterra is literally shaped by the crystals. Where exactly did they come from? What do we know about their origins?

Hextech Crystals are the namestones from the BrackernAn ancient tribe from the desert of Shurima. The crystals were used by the Brackern to record their lives and history and to pass them on to other Brackern when they died.

They possess great power, which Piltover’s explorer guild discovered. They could fuel their inventions and other structures mechanically with them. LoL legend tells us that Brackern was exterminated. Only Skarner He is now on a lonely mission to recover all the crystals that are missing and bring them back home.

Want more lol content? Are you looking for more unique lol content that is concise, clear and of the highest quality? Visit us at Riftfeed!