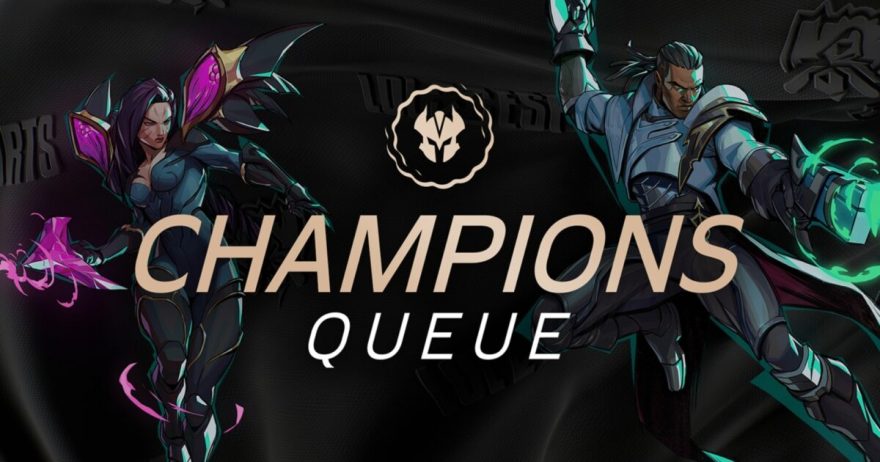 The upcoming League of Legends World Championship will be held in North America. I think everyone is aware of this. Riot introduced a new type of solo queue, the Champions Queue, last year. They’re bringing it back and better than ever.

Get ahead of the 2022 League of Legends World ChampionshipAll players on the largest esports stage will be able join Champions Queue. This is a solo queue that allows high-elo players to practice their skills and improve.

Who can play in the Champions Queue

Champions Queue will be for the highest tier players in North America. This queue allows players the opportunity to place at the highest level of play without having to worry about low ping or being trolled.. If any player in Champions Queue appears to be ghosting they will be immediately removed from this server.

Riot will need to approve any players who wish to play on this server. All Worlds competitors are invited to Champions Queue. Top tier NA players will also have the chance to play against the best. You will not be facing JackeyLove or Chovy this year, high-diamond players.

What are the Special Features that Make Champions Queue Unique?

This is not just for the players, but also for practicing. But it also includes some of the integrated features. In-game voice comms There are many resources available to help you communicate and climb the Champions Queue ladder.

Also, the Champions Queue Servers will be Moving with the action Pro players can queue up in North America from Mexico City to Chicago, and then back to Los Angeles.

Riot also offers content creators the chance to stream matches. Caedral, a LEC caster and streamer, gained popularity last year thanks to his streams. He viewed pro players on the Solo Queue Server, and commented over them. This gave him insight into the pro scene.

However, Champions Queue streaming won’t be allowed during the live World’s Broadcast. But you’ll still be able to watch your favourites during downtime, which we know we’re going to get, especially between the quarter- and semi-finals – seriously Riot… double elimination, when?