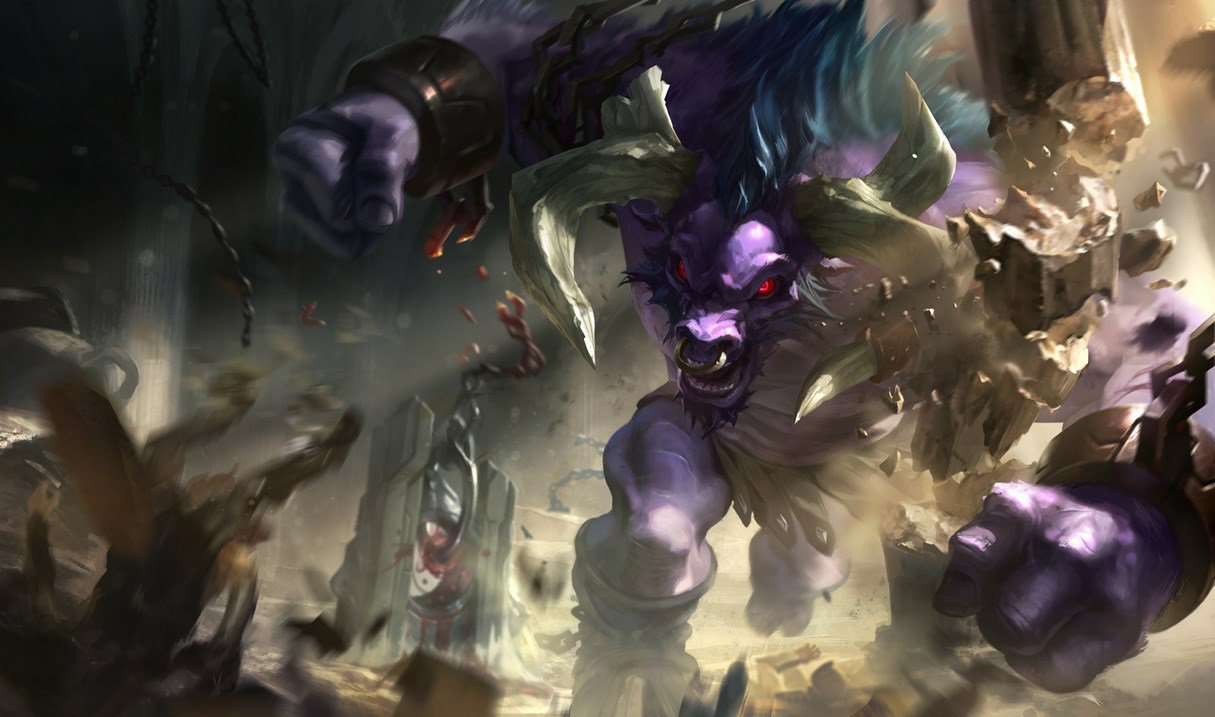 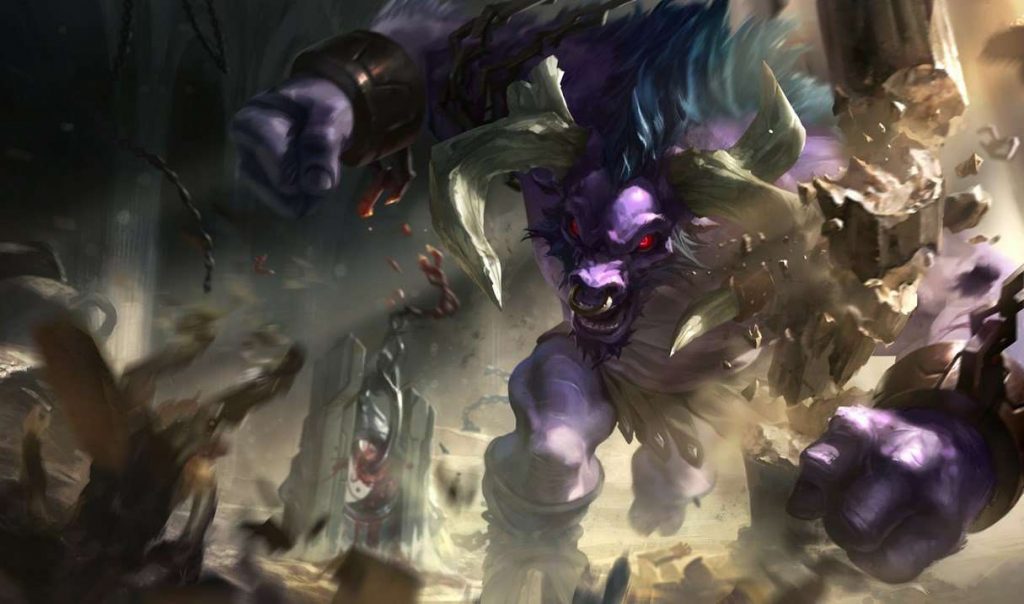 The tank class is League of Legends online battle consists of strong melee champions who sacrifice significant damage for robust crowd control, effectively breaking any group attacks—separating enemies from one another. Alistar is the most popular due to his strong disengaged gameplay.

Alistar is a Minotaur. They are huge humanoid bovines who live in great tribes throughout Piltover, Noxus. They are fearless and noble creatures that have led to many minotaur clans joining the Noxian warmachine. Those who opposed the empire were forced to become slaves and fight as gladiators in a brutal game called the “Fleshing.”

This “unbreakable will” kept the mighty minotaur in captivity from turning into a beast. As a survivor, the man vowed his survival and to take revenge against the Noxian empire for his clan’s death.

Alistar fights for the weak and oppressed using his rage as his weapon along with his hooves, fists and horns.

Who is ALISTAR, and how do they work?

Alistar, a powerful minotaur who towers over all others and is the most powerful in his tribe, is known as Alistar. His mere step can propel opponents into the air. He can “Headbutt” his enemies, launching them. far away.

He is able to call on his inner strength, which can heal himself and those around him. This makes him an all-round warrior who has defended the Great Barrier from Valoran’s forces.

A Noxian emissary, House Tewain’s matriarch, announced that the empire was poised for Basilich to the east.  She pledged that she won’t do this without the support of the great clans of the mountains which were the minotaur clans and she called for parley on neutral ground. Alistar, who had been in previous encounters with Noxian scouts, was skeptical about the offer. However, many of the minotaurs accepted the invitation. To this end, he was sent with 50 of his clans’ most powerful warriors to reject the alliance. The other clans could do as they wished, but Alistars clan wouldn’t accept the rule of some distant “Grand General”. Alistar’s position was immediately criticized by the representatives of larger clans who had already pledged their support to Noxus. The battle was swift and bloody and Alistar himself crushed lady Tewain’s skull with his bare hands but soon enough he and his surviving warriors were bound into chains.

After being captured, he and his clan mates were made to gladiate for the entertainment of Noxus citizens. He begged his clanfolk for help and insisted that they not fight back.

21 days passed before the festival was over. Alistar was the last living member of his tribe. After being pelted with pebbles from the crowd and rotten fruit, he was dragged to meet Reckoner. After Reckoner, he became a beast and began to think like one. He killed and killed until his memories were stained with blood.

Alistar was already far from his former self when he met Ayelia. Ayelia was a young servant girl who worked in the arenas. Ayelia was not afraid to confront him, but he expected her to goad or fear him. Alistar replied in kind, and she returned every day to Alistar. Noxus had taken her homeland just as Alistars. Together, they devised a plan to escape. Ayelia gave Alistar the keys for his cell, and they set out to escape. Alistar promised to repay her tenfold for the sacrifices she made to help him escape.

They ran to the river where they found a cargo barge waiting for them. Noxian agents attacked them and Alistar launched himself into battle. Ayelia yelled for Alistar to come, but Alistar didn’t listen. Alistar had already killed the attackers and Ayelia’s boat was gone.

A political coup rocked the empire to its foundations, and the minotaurs were expelled. It was weeks later.

Alistar now travels anonymously and quiet, encouraging resistance in Noxian-held territory and fighting for the downtrodden. Only after he has emptied his heart of all shame can he return home to his homeland, leaving behind his fury.

Skills and abilities of ALISTAR

Alistar is a great Tank class in League of Legends. He is also a popular support champion. Two play styles are available to him, one of which requires high reaction time and ping. This makes him a solid disengage champion.

Alistar can gain a stack “Triumph” every time he CCs an enemy using any of his abilities. One stack will be given to Alistar for every enemy minion or monster that dies in his vicinity. Alistar can consume seven stacks of them and roar. He will then heal himself between 25 and 161 hp depending on his level. Alistar can also include all his allies to double the amount. Alistar can also instantly roar if an epic or nearby champion dies.

Alistar smashes the ground under him, knocking up enemies nearby, and deals 60 to 240 magic damage to all opponents within the area while tossing them into the air—stunning enemies for 1 second.

Headbutt allows Alistar the ability to hit enemies with 55 to 275 magic damage. Once they contact Alistar, they will know them at a distance of approximately 650 units. Headbutt stuns all targets that are hit. He can headbutt enemies through walls.

Trample allows Alistar to “trample” any enemy champion, doing anywhere from 80 to 200 damage in 5 seconds. The ticks every 0.5 seconds. Alistar will give one Trample stack to any enemy champion for every trample pulse that hits it. Usually, this is capped at 5. Once you have 5 Trample stacks, Alistar will give Alistar’s basic attack against an enemy champion a damage boost. It’ll inflict additional 35-290 magic damage at levels 1-18 while stuning the target for 1 second.

Alistar can activate Unbreakable Will to remove all forms CC from him and reduce incoming damage by up to 55%-75% for 7 seconds.

Alistar is a great minotaur and towers over most other champions in League of Legends. He is also one of the most powerful among his tribe. He’s a moderately complex champion to master and has the function of a DPS but is usually best used for tanking—charging through enemy lines without fear, leading your team to victory.

Here are some tips to make the most of Alistar’s sheer strength and durability.