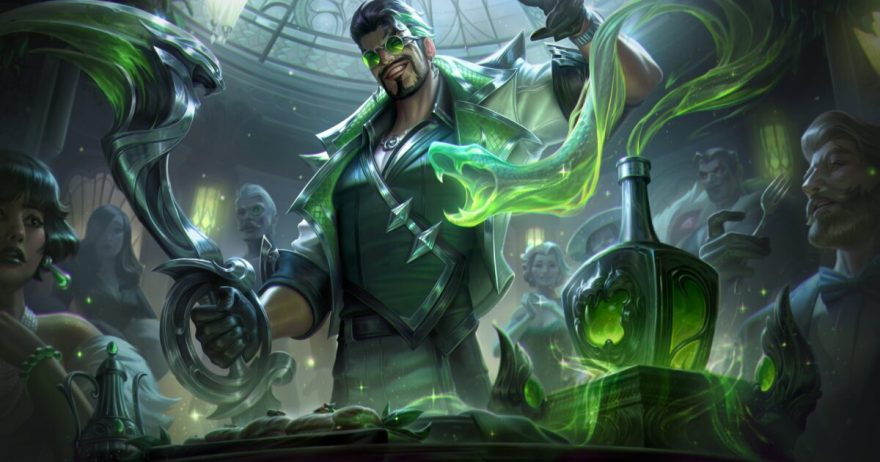 In the future, Monster Tamers skins are coming in the following years as this skin line received the most votes. The wait is over for Debonair 2.0. The champions, skins, and finalists have been revealed.

League of Legends has more skins

When will the Debonair 2.0 skins be released?

These skins will be available in the final patch 2021. This means that you’ll be able to pick them up once LoL Patch 11.24 goes live. With Patch 11.23 we’ll be getting the Cafe Cuties skins. The duality of Riot Games… truly insane.

Which Champions Will Get Debonair 2.0 Skins

As mentioned above, we’re going to be getting seven Debonair 2.0 skins:

Brand also receives a prestige skin. Riot tried to reform the prestige system halfway through 2021 but failed. Fiddlesticks, who was also supposed to get a skin in 2021 won’t be receiving his new skin this year.

What is the cost of Debonair 2.0 skins?

These skins will go on sale at the normal 1350RP Most likely. Zed will be the only one to receive a legendary Skin. This will mean that there will be additional voice lines, new VFX, SFX, and animations. You should therefore sell the Zed skin for 1820 RP.

Debonair 2.0 Will Be Related to Debonair

Yes. These skins will also be available in an alternate universe to the Debonair skins. Additionally, existing Crime City and Crime City Nightmare skins are now part of the universe. So if you’re looking for some dark and interesting skin lore, this is your place.

Take a step into Nox Vegas using the Debonair 2.0 skins at LoL Patch 11.24. Enjoy your stay.