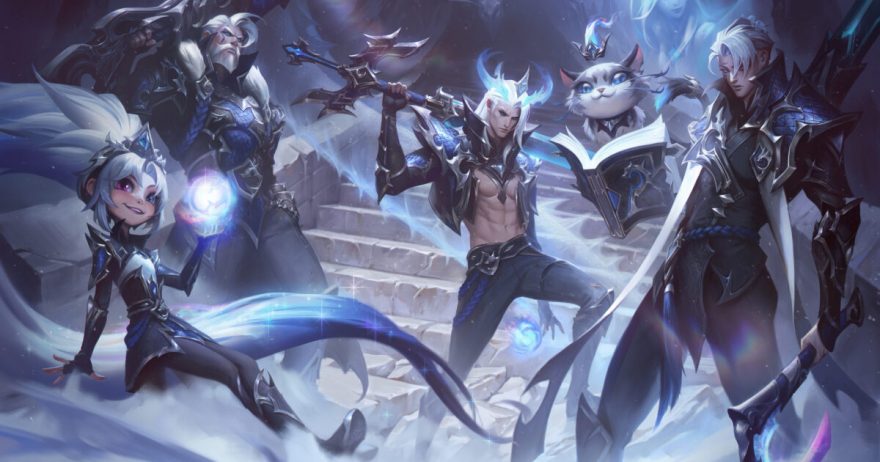 For a while now, we have been wondering about the EDG skins. Lulu was initially expected to receive Meiko’s World Championship skin. However, Meiko decided to be all sentimental and immortalize his cat with the Yuumi skin.

But what about other champions who are getting skins? The champions are getting skins, sure. Splash was leaked Riot confirmed the release date last week. Let’s now go over all of the information we have about the EDG World Champion skins!

EDG competed against a five-man roster. This means that we’re getting five EDG skins for 2022. Since these skins represent a team and its players, none of them will be given a prestige skin. They are all equal members of the team.

A few months ago former Griffin coach — the team which Viper made his pro debut on — cvMax had Already leaked On his stream, he said that the bot laner chose Aphelios to be his World Championship skin.

Each year, World Championship teams can choose the skins they want to wear as champions. This is determined based on the champions they played during tournament. Let’s see which champions have been chosen in previous years.

What is the cost of EDG Skins?

These skins are all the same as before, and will cost 1350 RP each. These are all epic skins and will be kept in the legacy vault, which can only be accessed each year during World Championship. This is similar to Bewitching skins These can only be bought around Halloween

You should get them if you have any extra RP or you are a champion player. If you don’t have any, there will soon be High Noon skins if that is what you want.

When will the EDG world championship skins be available?

These skins are available with League of Legends Patch 12.9. The patch 12.9 will drop one day after the start Invitational for the 2022 Mid Season On May 11, 2022. This week is full of great things. Save some RP to get these stunning anime-inspired skins that combine high fantasy and anime.