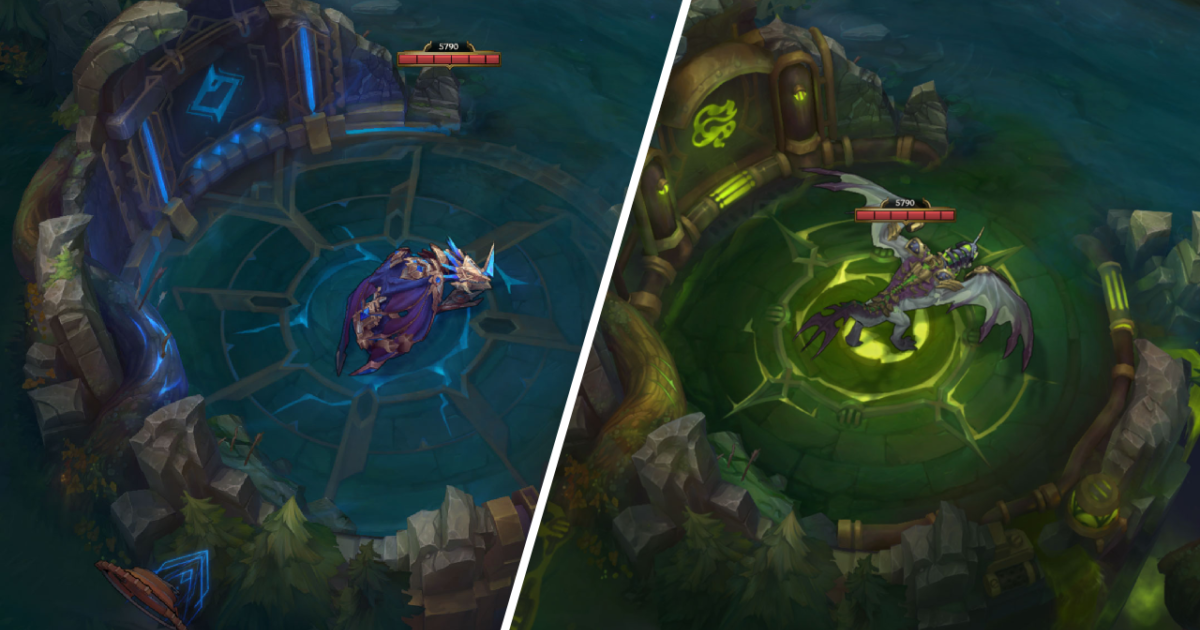 Season 12 The rift will see some changes. Season 10 brought us the elemental rift, with a changing landscape, and now Riot has decided to take that aspect of the game and add even more new changes to the physical landscape of Summoner’s Rift.

What has happened? Riot decided To do this? Two new dragons were added to the game. In the theme of innovation which comes from Piltover and Zaun – where the The next Netflix series Riot is modernizing the rift with plays and the TFT set Gizmos and Gadgets.

The Hextech Dragon, and the Chemtech Dragon will be the new dragons to the game.. Do you see the parallels? Because we do.

What is the Chemtech Dragon, you ask?

The Chemtech dragon will be one of two new dragons introduced in Season 12 of League of Legends. Until this point, we’ve had four elemental drakes and with the addition of the Chemtech and Hextech, we will have six.

Bonus damage is granted to enemies with higher current health than you (upto a 5% increase per stack).

So this is good for low health champions and will help you try to get back into a game when you’re down. This seems to be reasonable.

What does the Chemtech Chemtech Dragon soul do?

Essentially, Riot’s developers looked at Sion and decided he had a nice passive. Then they glued it to the Chemtech dragon. Seriously, his soul is just Sion’s passive. You may live a bit longer, but you can turn into a beast in order to make it easier for yourself.

Or as Riot describes:

A team that has the Chemtech Dragon Soul receives a buff that gives them a short second life after their death.

This dragon pollutes the rift by chemtech clouds. This means there are areas of the rift that normal wards cannot see. You’ll have to use Scryer’s Bloom or a Control Ward to try and spot champions who are camouflaged within the chemtech zones.

What is the Hextech Dragon and how does it work?

Hextech Dragon is another new dragon that has been added to the game. It is a regular buff.

Allows the team to deliver the final blow with attack speed and ability haste (5 Ability Haste and 55% Attack Speed per stack).

You can gain stacks by killing the dragon. For champions with longer cooldowns, Ability Haste is crucial.

What does the Hextech Dragon Soul do for you?

This ability slows down opponents. Of course, this is going to be on a cooldown, so you can’t perma slow champions. Glacial Augment using a Hextech Soul can be very helpful for opposing champions.

A team that has the Hextech Dragon Soul gains a unique ability. It adds a slow, chain lightning speed to their basic abilities and attacks, with a moderate cooling down.

Hextech terrain will produce pairs of Hextech gate that can teleport champions from one gate to another. The action takes a few seconds to broadcast and can be interrupted by rival champions.

We have basically a Sion passive to the Chemtech soul, and a Bard ultimate for the Hextechrift. Interesting things you’re doing there Riot.