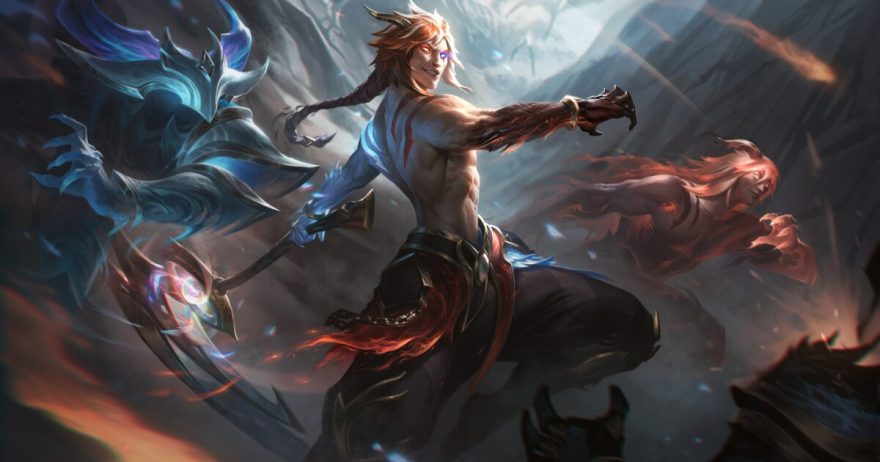 Final step in preparation Worlds 2021 Yordle fans were shocked to discover that this drop has included lots of balance adjustments and some gloomy surprises. Riot Games has almost completed its preparations for the LoL World Championships To begin October 5th.

The rift is now home to a new melancholy mage: Vex In Patch 11.19, but unfortunately won’t see an appearance at Worlds 2021 Together with Akshan. We have some huge balance updates ahead of us. So without further ado, let’s hop into the highlights of what could be the defining patch of 2021.

Vex is finally here! After months of champion hints and teasers, Riot’s newest creation is here to join the cast of playable characters. Her somber disposition has quickly gained her a fanbase, with over 5000 players having declared themselves ‘Vex Mains’ via joining the aptly named subreddit. Surely these fans are thrilled that she’s playable now in LoL Patch 11.19

This champion should appeal to those who dislike the increasing mobility creep that continues to affect Riot’s champion releases. A key function of her kit’s intended purpose is to punish hyper-mobile champions like Yasuo and Vayne. She even has several in-game voice lines taunting enemies who choose to dash around, but we’ll ignore the fact that she has a long-range dash as her ultimate ability.

Fizz was the target of some classic Riot experimentation last patch, but it didn’t pan out for his win rate. Instead of trying fix a balancing problem, they decided to reverse the changes and give Fizz a more simple buff to compensate.

Riot appears to want to see our fishy friend as a viable pick at Worlds 2021, but it’s still looking unlikely he’ll make an appearance. His play style and kit seem to work better in the chaos of a solo queue.

Riot is Riot going too far? After receiving a substantial buff just last patch to her jungle clear, the LoL balance team has pushed yet another buff to Qiyana’s jungle prowess.

Riot seems to really want Qiyana to play pro again. They state in the patch notes that they’re worried about buffing her mid lane any more, due to her pick rate in high elo. Rather than push mid lane Qiyana towards unbalance, they’re giving her a second chance in the Jungle. Qiyana gameplay is likely to be seen by Worlds 2021 viewers.

It seems that Riot isn’t quite done tweaking Sona. After undergoing a series of changes in several patches, the Maven of the Strings is set to receive some much-needed nerfs with Patch 11.19. The largest ones being a reduction of her base armor and Q no longer hitting enemies that Sona can’t see. These will quickly reduce her win rate, Sona mains.

What Skins were Released in Patch 11.19

In total, eight skins were released LoL Patch 11.19. Seven of these are new Dawnbringer Nightbringer skins – with one being a Prestige skin – and the final skin belonging to Jarvan IV.

Here’s a list of champions who were honored Dawnbringer Nightbringer skins:

Kayn will be getting a prestige skin, after three years of waiting.

Jarvan IV He was elected champion Receive a Champion skin This was his first year. Some fans were somewhat confused by the decision. But thanks to all the buffs that he received throughout 2011, we may actually see him at this years World Championship.