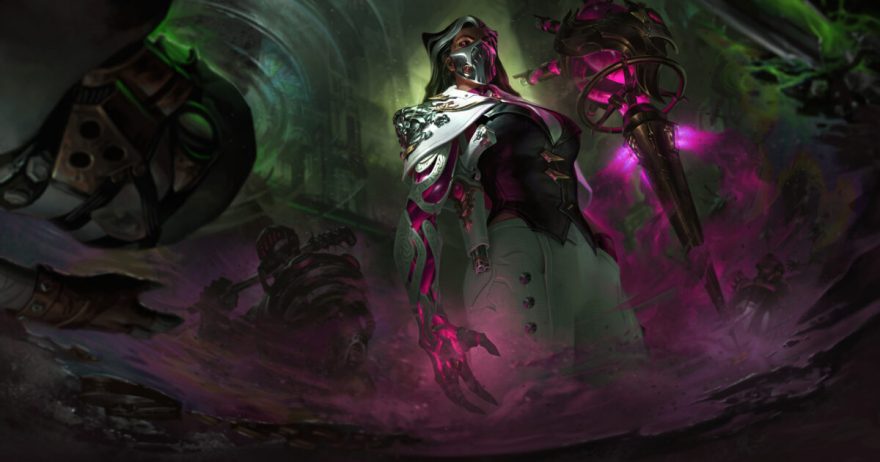 Renata Glassc is the Newest champion Arriving to the Rift. Renata Glassc, armed with a mechanical leg and equipped with deadly Chemtech fumes or fragrances, manipulates the battlefield in many ways.

We’ll be discussing her Lore and specifically Renata Glassc. If you’d like to learn her abilties first you’ll find those details here.

Renata Glassc: Who are you?

So far, we have only a biography This is a glimpse into the exciting new story. However, the biography does more than tell us that Renata is not only one of the most intriguing champions, but will continue to make an impact on the lore. It’s very likely we’ll see her as an antagonist or important character in Arcane Season 2.

Dive into her biography It turns out that Renata was not always wealthy. She was actually born into an extremely poor alchemist family. Renata was constantly plagued by poverty and began to resent her parents because they gave away their medical services at a fraction of the cost to those who could not afford them. Although they were generous, Renata’s parents couldn’t take care of her because of their charity.

Renata joined her family’s business when she was a teenager. She was not gifted in alchemy. Her strengths were more suited to business and “turning profits”. Renata was a key contributor to the family’s success and helped it grow.

The Glasc family didn’t use their income to improve their lives, despite having a decent income. They instead invested the money in research for an extremely powerful medicine. While their research proved futile, Glasc discovered that people they gave it to became very… suggestible. They will do whatever you ask.

After hearing about the Glasc’s affordable medicine, corrupt Piltovans began planning to end it.

This scheming led Camille, the Steel Shadow and a team of enforcers down into Zaun to deal with the Glasc’s for good. Renata was traumatized and had lost her parents, home, and even her arm.

Renata was determined to not repeat the mistakes of her parents and to exact revenge for their deaths. She used the rest of her research and the medicine from her family to start building herself up. She did her best to help anyone she could, but she didn’t do it for nothing. She would demand loyalty if they were unable to pay her.

Eventually Renata had created a business, then an industry, then an empire. With her influence, she found the brilliant minds needed to complete her parents research and set them to work. Renata was able to control any person she wanted once the research was done.

Renata has now sold mind control to every wealthy Piltovan. She also won the loyalty and support of every Zaunite. Renata is almost ready to take control of Piltover and Zaun, and perhaps the rest of the world.

What is her story and how does it affect her gameplay?

Renata has many Chemtech weapons available to her in game. You can use rockets to protect your allies and destroy enemies or a robotic arm to make enemies move the way you want. Even after an enemy dies, she uses medicine to give them a second chance at their lives. Her ultimate releases a flood of chemicals that makes enemies want to attack one another.

Renata has the ability to control the battlefield, whether it is by making enemies attack their allies or physically moving them.

What other information do we have about Renata

We don’t yet know everything about her, but we do know some things.

She will be releasing the news on February 15th. LoL Patch 12.04 along with some new Shockblade skins and an exciting new patch.

This is it for now. Keep checking back for the next champion release to stay up-to-date!