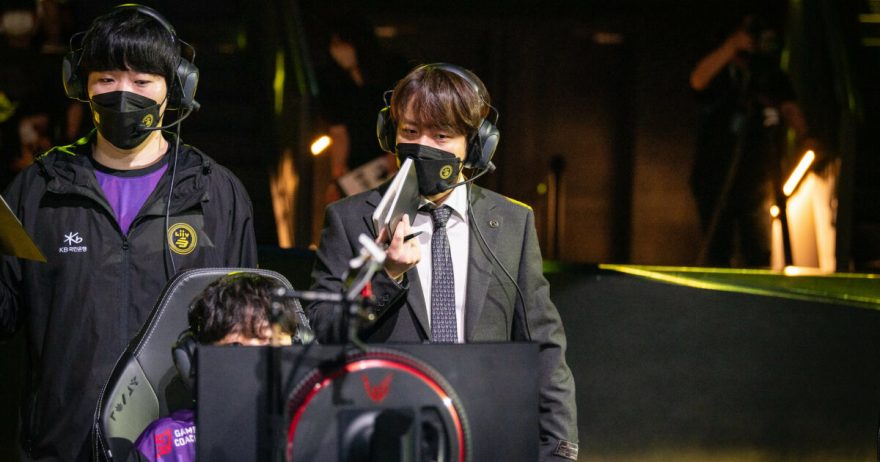 Teams must go through a drafting phase before they can participate in any professional League of Legends match. LOLesports have been getting more attention than ever in recent years. So we’ve decided to give a quick overview of what a LoL draft is and what to pay attention to.

Most people think that the majority of people believe this. Large team fights While the final stages of a League of Legends League of Legends game can be the most interesting, others may disagree. They say that the drafting phase, which begins at the beginning of every LoL match, is one of the most captivating. Which is your favourite?

LoL Draft: What’s it all about?

First, let’s briefly go over what League of Legends’ draft actually is. Many will refer to it as the pick-ban period League wherein Each team picks five champions and bans five. We will see twenty champions.

How does it decide which team will pick or ban a champion? It’s not just random. There’s a specific order for how things are done during a League of Legends Draft. We’ll quickly go over the timers to help you understand why a team is picking which champions.

Usually, the best five series are used. Side selection is made first by the higher seeded teamBut what does side selection mean? It refers to whether you choose to play. Red side or blue side on Summoner’s Rift. The side of the map also decides the ban and draft order of every team.

Blue side starts things off while red side has the final pick. Therefore, teams have to decide whether they want to first pick a very important champion for their composition, or whether they want to counter pick the opposition, and their draft. Either choice works and has success depending on the meta and the key picks for teams.

Now, when going into the second game of a best of five, the team that lost the game beforehand will get to hve side selection. So if you’re ever wondering why a team gets to choose multiple times their side, then now you know.

In League of Legends we kick things off with a ban phase. Banning champions means that these are picks that neither team are allowed to play during this game. Some teams will scout ahead and ban specific champions that their opponents have been playing exceptionally well on.

In the first ban phase a total of six champions will be banned, three by blue side and three by red side. The team on blue side starts off with the first ban, followed by a ban from red side. Each side alternates until we get to the first draft phase.

Now we move onto the most interesting part of it all. As already said, the blue side is the first to pick a champion.

By this point each team has 5 champions that they will play and they will have a specific team comp in mind to try and take home the victory Summoner’s Rift. (c) Riot Games

Counterpick is a champion which can defeat one of the opposing forces. Taliyah, who is able to combat the mid laner, could be Taliyah if Yasuo, the enemy’s blue-side champion, locks in Yasuo, on the blue side. The red side has the opportunity to pick the perfect counter because the opposing team has already played all their cards.

When it comes to LoL draft, we must look at the bigger picture. How are these champions being selected? Which is the strongest and which composition would you like to play? Some champions work well together, creating incredible plays. Draft will allow you to already see the win conditions of your team.

Some comps are targeted at the League of Legends’ early game. Teams will try to dominate the laning phase Snowball from there to quickly take over the opposing team. These comps are open to all teams. Teams will choose early priority champions who will dominate in lane or early power spikes.

These are the teamcomps you need to be aware of if you want to fight your team to victory. They will have a strong frontline and backline that can take the brunt of any damage. The key is to ensure that the backline is safe.

It is crucial to know what type of engagement you are currently facing. The other team may be looking to take out one target, before going after something like an Ashe Arrow. Or Jarvan IV will jump in with his ultimate and get the party started. It is important to compare your draft strategy to what the other team has in mind.

Split push means that one champion will take control of the map while the rest of your team does one thing. You will need to draft the right champion for this. Jax, Camille and Fiora are all split push champions who can easily take objectives and self-sustain in fights.

This game style has its down sides. It could lead to a loss of team unity if it is not possible to play 4 vs 5.

Is Draft always the same in LoL?

League of Legends was used to work with a 6-ban system rather than a 5-ban system. To make the lolesports scene exciting, they increased the bans to 10 per match in Season 7. Except for that, the drafting phase remains the exact same in every match.

However, the LDL, China’s Tier 2 league, officially announced their ‘official’ ‘Summer 2022’ schedule.Fearless draft“, which has shaken up professional meta. This draft type does not allow teams to select a champion from the series. This was to allow players to expand their champion pools, and make the games more thrilling.

It is important to remember that LDL Fearless Draft was used only for the best three matches. It has not had the desired effect. We will see the draft type in either the LPL/LCK Even LEC It is still to be seen but it would be fascinating for the future.