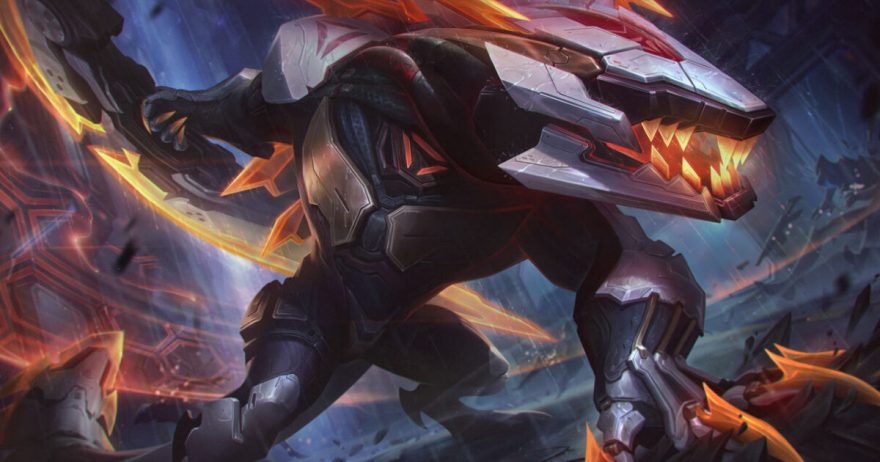 Patch 11.21 introduced a multitude of system changes, with runes and items being buff, nerfed and adjusted all over. Riot Devs just shared their plans for the future League of Legends Patch 11.22 This time around, it seems like we’ll see a lot more individual champion changes and fewer systemic ones. Are you ready for these changes?

Riot has shared some last-minute news regarding LoL Patch 11.22 as of 10/29. Riot August tweets that they are shipping small changes to LoL Patch 11.22. Vi Make her play easier.

In the next patch, we have Vi changes that will improve Q and R consistency.

Here are a few highlights
-During Q dash, you can reliably flash at people
-R connects to the target exactly when they are within range to be hit (used for checking range every.25s). pic.twitter.com/8HDsuSwTOy

So that’s it. A lot of quality life improvements For our friend Vi Coming up in LoL Patch 11.22 They have been in great demand for a long time. I’m certain that they will continue to be so. Vi’s Her OTP’s winrate will rise significantly. She still has the same balance issues she had in the past. Regardless of these changes it may be some time before Vi appears in meta.

Here is a list of champions that will be receiving buffs LoL Patch 11.22. Although we do not have the exact list at this time, we will be updating the article to reflect them once they are available! We’re not looking forward to seeing Riven buffs…

Renekton The past few months have been difficult for him. Riot They have taken note and gave him a buff which should go well with the upcoming buff. Goredrinker. This champion is a must Goredrinker To thrive, it was nerfed. Conqueror and Ravenous Hunt It made Renektons winrate tank even harder. Our Crocodile of the Month will hopefully make a quick return to meta!

These are the champions that will be subject to nerfs LoL Patch 11.22. Some of these champions were notable outliers Worlds 2021They were likely to get nerfed because of this. Specifically, Qiyana/Graves/Yuumi They were all highly regarded at the event. Do you see Yuumi on the rift more than usual?

Kha’Zix, Maokai and others are included because of their high win rates at solo queue at all levels. Kha’Zix It is an excellent choice in many situations, and has been used extensively. S+ Tier Solo Queue Champion These past months have been quite busy. A bit more power could be helpful for the bug assassin. As for MaokaiIt’s similar. Because his kit is difficult to beat without good communication, his solo queue winrate has been so high. The area denial He is already very strong and that, combined with his abilities, makes him even more powerful. Point and click CC This makes this champ a single queue monster.

Riot didn’t go so bold as reverse all the nerfs, which they had just given Goredrinker Patch 11.21. However, you can still read the comments on the Riot Dev twitter post It was hard. Riot decided to buff an item that was dominant for multiple patches, and many high-elo players and content makers were extremely upset. These may not seem to be very important at first glance but Omnivamp is a difficult stat to balance. Is this item going to be re-invented as a bestselling item?

That’s it for the planned changes which will hit Summoner’s Rift in the next update. Patch 11.22 We expect a new meta to emerge with all these changes. We are excited to see which new champions become viable.

LoL Patch 11.22 is going to drop on Wednesday, November 3rd. Riot teased some new skins to be worn by champions in the forthcoming netflix series. Arcane. These skins are expected to drop with Patch 11.22. However, nothing has been confirmed. Keep checking back for more information regarding the new Arcane Skins.

Do you want more lol content? Are you looking for something compact, concise and high-quality? Check us out at RiftFeed.