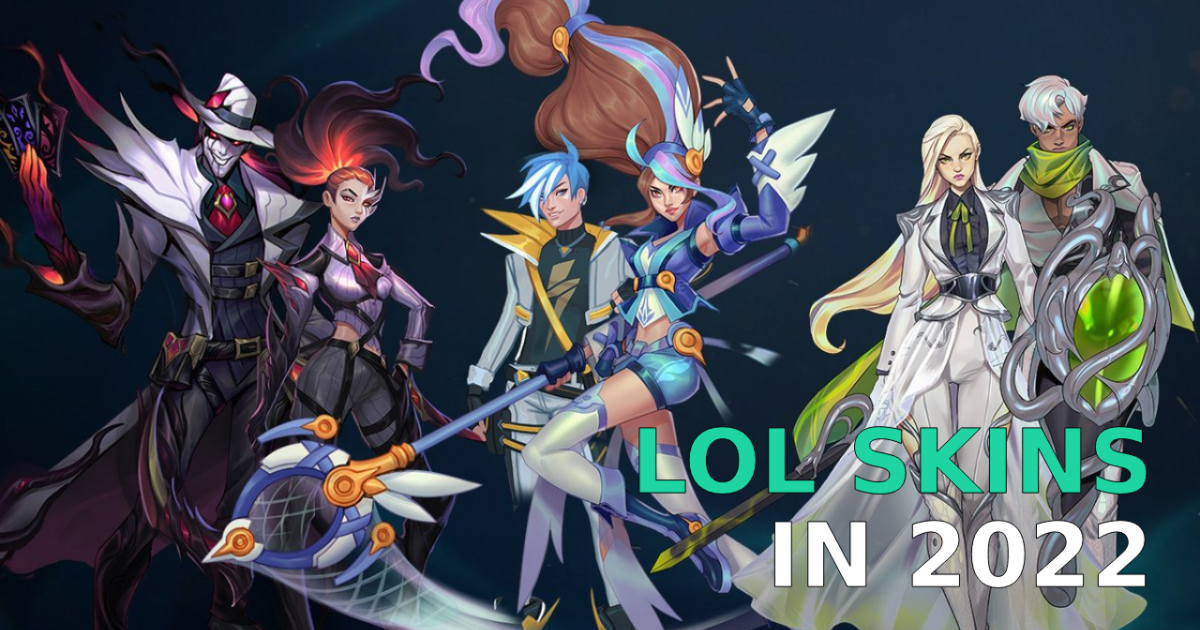 With the amount of skins Riot releases each year, League of Legends could be renamed League of Skins. It’s understandable, though, since the game is mostly free safe for the cosmetic items players can spend money on. What new skins are we likely to find in LoL this year, then?

It’s already 2022 halfway and it’s time to find out what you can do with your precious RPG. It Getting more expensive We need to be able to choose what we want to buy with our money in order to look good on the rift.

League of Legends Skins: Which LoL-Champs are Confirmed for New Skins in 2022?

Riot announced that some champions who have not received skins for a while would be getting them during the season 12 live stream. These champions are:

Rek’Sai was given her skin in 2022’s first patch. Skin made from elderwood Heimerdinger already has his skin of 2022 patch 12.5 with bee skins. Heimerstinger It is such an ideal name.

These are the skins that we know will soon be available in the new year. We also know that with the Udyr rework his skins are also getting an  overhaul – which means new splash arts and new textures. So that could count as ‘new’ skins as well.

The Voting has been taken by the community Riot decided to revamp the gothic skin collection this year. The entire skin line was completely redesigned and now features a new gothic aesthetic that reminds us of childhood movies like Nightmare Before Christmas and Ghost Bride.

Fiddlesticks is another champion who is in dire need of skin. We used to bemoan the fact that Ornn was not receiving anything from Riot, but now it’s time to beg for the scarecrow. Riot promised a new skin for 2021. However, Riot was not able to keep his word and moved the skin back 2022.

Riot now confirms that Fiddlesticks will be joining Ahri, Lux, and Kai’Sa at the Olympics Star Guardian Universe As their most powerful antagonist. In 2022, he is set to receive the Star Nemesis Skin. It’s pretty amazing, right? Take a look at the skin splash artwork below.

League of Legends to Receive Monster Tamer Skins in 2022

The community had the opportunity to vote on which skin lines Riot should work on in 2021. Crime City Nightmare The vote was won by Debonair 2.0 – both of which were released in 2021, but a third option was also on the table – Monster Tamer.

Monster Tamer skins These have been disclosed to release in LoL Patch 12.15 with three champions getting skins. Lulu, Veigar and Kog’Maw will get the skins. But, we expect that more Monster Tamer skins will make it to rift in the future.