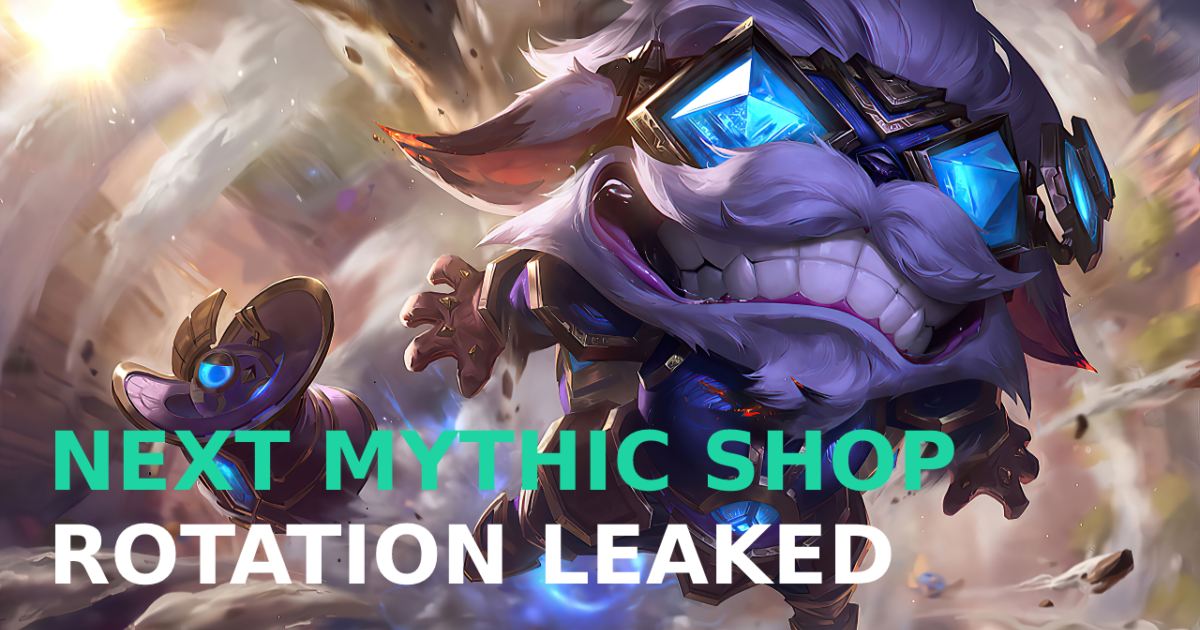 The next League of Legends mythic shop has been leaked by a leaker, meaning we already know just which champions we can expect in the shop for the next month. What champions are included in this month’s group? And which ones still need to be waited for?

Every month new skins enter the mythic shop. We sometimes get glimpses of what skins might be coming in the future. It doesn’t matter if it’s the next New mythic skinAnonymous old prestige skin Oder nur a New mythic-chromaLet’s see which skins we can get soon.

What Skins have Leaked to the Next Mythic Shop

In the League of Legends mythic Shop, you can purchase two prestige skins each month. Each skin could have been purchased for three months in the first Mythic shop rotation. However, this will change and become a monthly rotation beginning with the next month. Update from Mythic Shop.

We have the answer to your question: Should you save or spend your Mythic Essence now? leaks For you.

Although we are hopeful for a stylish prestige skin such as True Damage Qiyana and even Bewitching Miss Fortune, the next skin has not been revealed. leaker BigBadBear has only leaked that the next Ashen Knight skin will likely be Sylas.

If you still feel the need for a little Mythic Essence then redeem your voucher. August 2022 Prime Gaming refunds. With these you’ll be earning 5 free Mythic Essence, as well as some free RP – in case you want some regular skins instead of prestige ones.

Which Mythic Chroma Is Leaked?

This time around we won’t be getting a unique new Mythic Chroma since Sylas’ mythic skin – Ashen Slayer Sylas – will be released with a mythic chroma.

All Prestige skins for 2021

When is the Next Mythic shop Rotation?

The next MythicShop rotation will hit Patch 12.18 of League of Legends. This rotation will only include new prestige skins. The other mythic skins will remain in the shop for 3 months, while the prestige skins rotate bi-patch, meaning each month. If you are eager to get a new Sylas Skin, you will have to wait.