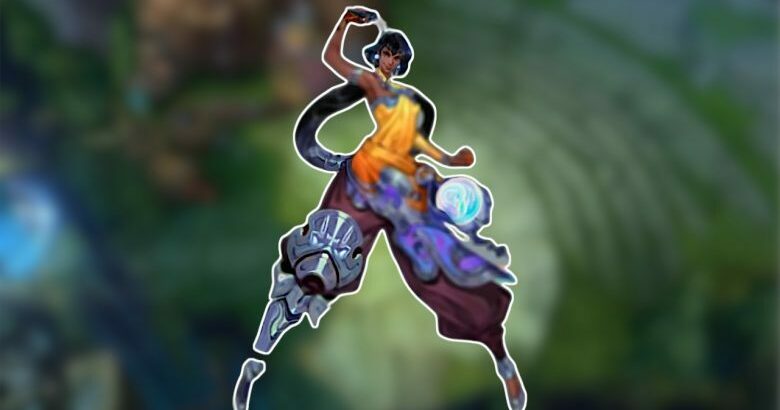 Her name is Nilah, which is probably pronounced neel-lah. She will be arriving soon! (After Bel’Veth release and close to Udyr’s rework). There has been a lot of fan speculation This champion will be waiting eagerly for her arrival!

Riot just dropped a brand new trailer for Nilah the bot laner. The hype is real. You can see the trailer below.

Isn’t she insane? It seems like our leaks were correct about her Q abilities and E abilities. However, she is a little off with the other abilities. Although she doesn’t leak much, it is clear that she looks more insane than ever after the trailer. I wouldn’t be surprised if she becomes as damaged as Zeri or Aphelios. She is definitely a champion for people who love to style on their opponents.

Finally, we get to see Nilah’s abilities in action. They sound insane and frustrating to play against. You can see a video of Nilah’s abilities here. BigBadBear’s YouTube video. Although the animations he created are very basic, they should be able to help you see her abilities as they sound complex. What are her actual abilities? Here’s a look at her first impression:

Keep that in mind These abilities were all leaking, so Riot could always alter some thingsBut that aside, does she not sound crazy and super fun? I’m pretty sure that she will cause chaos in the bot lane when she is freed. Camille’s ulti might be slightly worse than hers, but when combined with her W, it’s going make for some very annoying situations. She is a champ who can easily 1v2 in bot lane. To make them invincible, ult them and place your W on them. If they run away, you can just tie them with your E and pull towards them. This is amazing, and I cannot wait for her to be revealed.

After BigBadBear’s recent tweet, we finally see how Nilah will look. Her release is just around the corner and, we must say, she looks amazing. It’s almost like she has a mix of parts that were borrowed from other champions. It’s definitely exciting stuff. Here’s a quick look:

It was revealed that she would be a melee bot lanner. However, her long whip makes it appear that she will have greater range than other melee champions. However, I can see her wearing a Star Guardian skin.

You can see the BigBadBears Video below for a detailed breakdown of the image.

When will League of Legends’ Nilah be released?

Although Nilah may be released soon, BigBadBear shared some information recently that suggests otherwise. It seems that Nilah might be out very soon. (Patch 12.12 or 13.13)

Her Star Guardian skin will be released alongside the Star Guardian event. For clues regarding her release, fans can check out the timeline for this upcoming event.

“…next refers to the bot laner. Udyr follows, but they’re close. Bel’Veth and Udyr, who are all very close together, won’t have to wait too long between them“

This is it! You can all expect Nilah to appear in your games very soon!