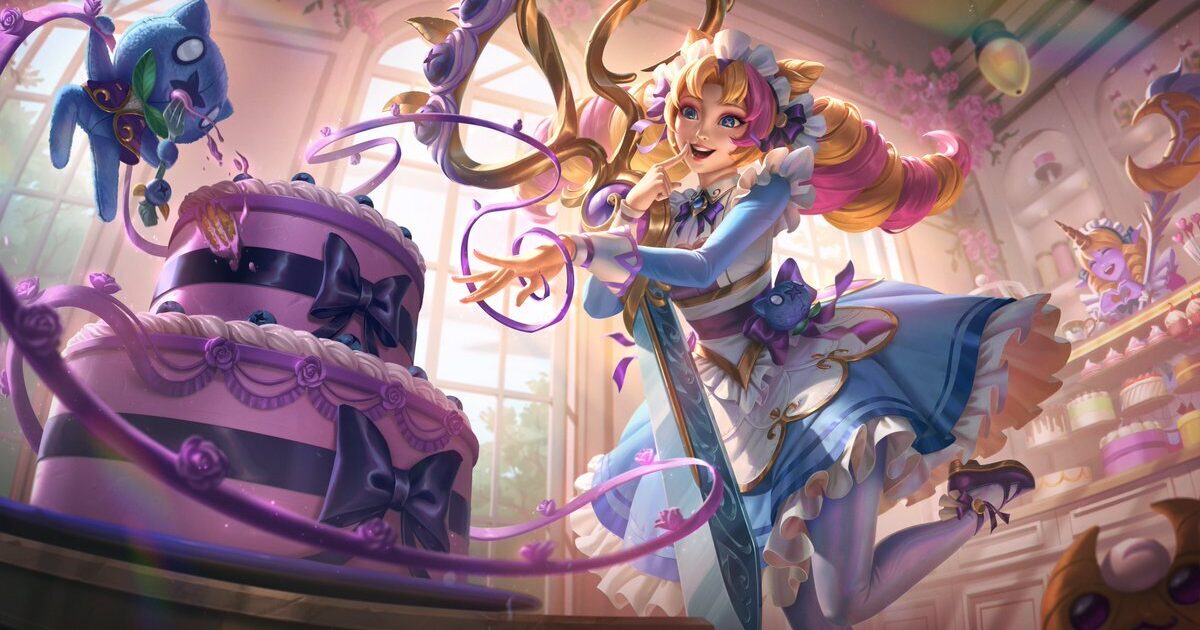 Riot has just announced that new skins will be available soon. We’re nearing the end of the year and we know we’re going to get some Free skins quite soon, but of course, that isn’t enough for us gluttons out there. Riot has more cosmetics for us.

This year we had Space Groove skins and Bewitching Skins for Halloween, but now it’s time for us to enjoy some more adorable skin lines with the Cafe Cutie skins. Spoiler: This concept was perfect for Zoe, but she didn’t get a skin.

Six champions will receive Cafe Cutie skins. This colorful, pink maid-cafe themed skin line is every Otaku’s dream and these six champions are making it a reality:

Sivir is a bit out of place and fans have said that she doesn’t look like herself, but the plate she’s holding gives it away that this is Sivir. We’re excited nonetheless to have her whip cake in our face when we play against her.

Will there be a Prestige Cafe cutie skin?

It is unlikely that this skin line will include a prestige skin.. Riot does not have splash art, and Brand is missing from Riot to receive a prestige skin. We don’t think the fiery mage really fits the maid cafe concept.

When will the Cafe Cutie Skins be released?

These skins will be available for download on November 2, or 3, 2021 via the PBE servers This means that they should be released November 17, 2021. LoL Patch 11.23 This patch will be the last. It will include many of the pre-season changes as well as New dragons And Neue items.

Are you guys excited? Let us know your thoughts. Facebook!