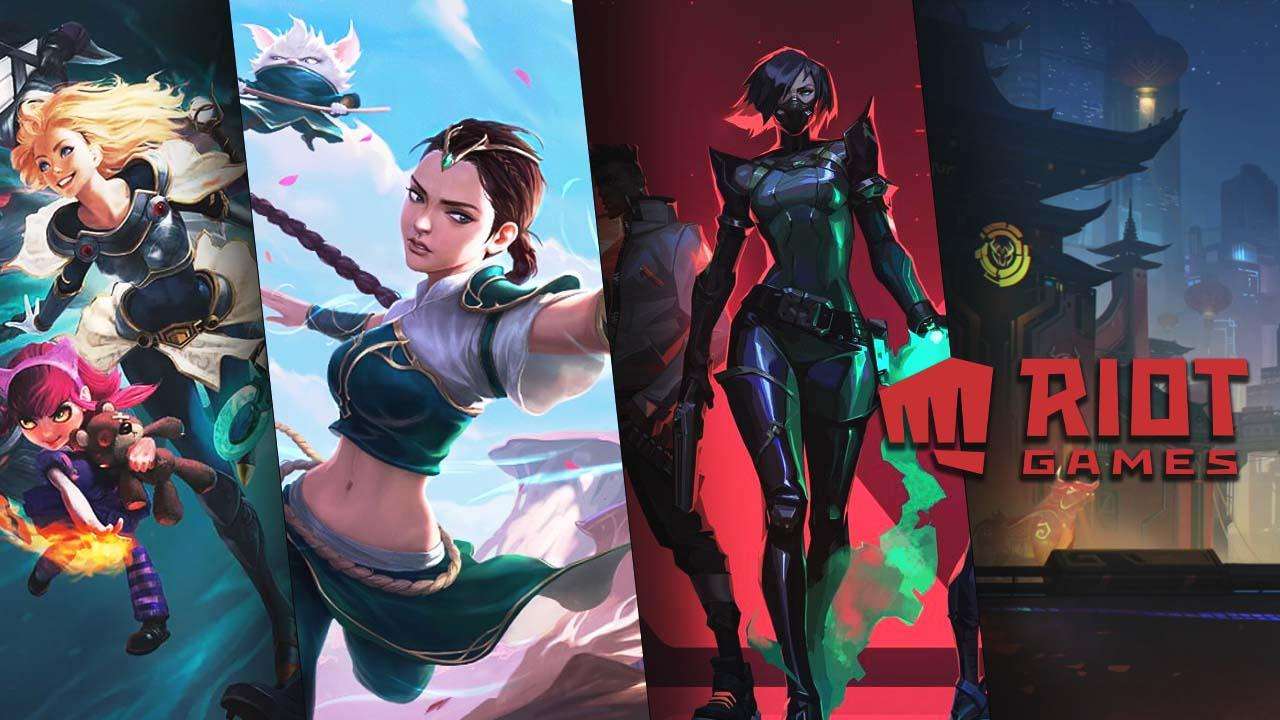 The new Riot Client is a new user interface that allows access to all desktop riot games (i.e., Teamfight Tactics, Legends of Runeterra, VALORANT, Wild Rift, and League of Legends). The riot client will allow you to access all desktop Riot games, with each game having its unique product page with specific material like news and events.

So Why Launch the New Riot Client Now?

Riot Client: launcher where all your favorite Riot games will live!

To make it easier to open all of Riot’s games on your PC, the company is releasing the Riot Client. You can play these games on tablet as well. we have listed best tablet for gaming.

The Riot Client will allow players to easily access all your desktop games while also providing a simplified user interface that removes clutter. The streamlined interface means less time fumbling with the menu and more time doing what you love: playing games!

We’re also implementing a new update system that gives our developers opportunities to update your desktop versions multiple times a week instead of once every couple of months. This will mean you’ll be able to challenge your friends and foes in new and exciting ways without the need to re-download the entire program!

The Riot Client is an ever-evolving project, so we plan to take feedback from players and improve it over time. New Riot Client has already arrived. All desktop Riot games will be accessible from one riot client. They ae ready to release one of the best Fighting game. A screenshot of the new Riot Client has been leaked on reddit and flipboard. One Riot Client launcher will show all your games.

What Changed in the Riot Games League?

We based the design of our new client on League’s sleek and modern look to ensure that all desktop games will blend seamlessly. The Riot Games team has also worked closely with teams across Riot Games to make sure any updates or changes made to League don’t interfere with your gameplay experience, no matter which game you’re playing.

The dashboards inside the client have been updated to make it easy for players to navigate through your desktop games, focusing on making information about each game easy to find. We’ve also introduced an Activity Feed for each game, so you can easily see what friends are doing inside the client at any given time.

The client’s landing page will now streamline your jump into the game by providing more information about the game you’re about to hit play on. And for players who use multiple desktop games, your friends’ list will now prioritize people you recently played with across all titles—ensuring you aren’t stuck playing with different sets of friends in each game!

Additionally, we’ve made an effort to provide both official and player-run tournaments for all Desktop games, with League serving as the flagship for this initiative.

We also wanted to make sure that everyone at Riot Games was on the same page regarding which games we promote and support. While we’ll continue to support custom games created by developers, we no longer plan to feature them in the Riot Client.

What does this mean for tournaments?

We’ll partner with tournament organizers to ensure they have the support and tools needed to help their tournaments continue succeeding. We know that there are significant communities out there running plenty of matches for League, Wild Rift, VALORANT, Legends of Runeterra, and Teamfight Tactics—and we plan on supporting them!

We’re currently in the process of scheduling region-specific server stability. To provide the best experience possible, we need to ensure that all regions have a consistent schedule so you can expect when to sign up for tournaments and when to jump in for games. Launch windows will be announced by region over the next few weeks, so keep an eye out for your area below.

What Building the Best Client Experience Means to Us

To give you the best experience possible, we’ll continue expanding and improving the Riot Games desktop client. Our team is excited about a future with a centralized hub for all of your favorite games.

We want you – our community – to know how much we appreciate you and what we’re doing to make the features of our clients the best they can be. Thanks for helping us make this a reality!

Riot Games, creators of the ever-popular league of legends game, have released their new champion roadmap for 2021. League of Legends is the most played PC game in North America, and riot moves to bring it more in line with other MOBA games, such as DOTA 2 and Heroes of the Storm. The map design is said to be much more symmetrical than previous maps to create better team fights. While exciting for league of legends players, the new changes have some asking what the future holds for other MOBA games such as DOTA 2 or Heroes of the Storm.

When asked about how the new changes will influence other MOBAs, Riot remarked that it’s still too soon to predict what will happen in the future. Still, they assured us that they are thinking of their fans and committed to creating a positive game environment. Riot believes that this change will bring more excitement to the game, as players will no longer predict which lane an opponent is going based on where they are on the map.

2019 was a big year for us. One of our goals this year was to update some older champions with new mechanics and scaling. Many champions in League of Legends have abilities that either no longer make sense or are outdated when compared with other champions in the game.

That being said, we decided to remove some old abilities and re-imagine some older champions in a more current way. With these changes, we hope you’ll see a new generation of champions emerge.

We’ve already seen some of our older champs get completely reworked, such as Warwick and Evelynn, while still keeping the essence of these champions intact. We’re happy with the changes we made but more importantly, we hope you find them refreshing and fun to play!

The League of Legends will soon see some visual changes. The Art & Sustainability team promises to modernize the designs of outdated champions. The changes will have no bearing on the game’s mechanics in any way, shape, or form, as previous redesigns has demonstrated. Previously encountered technical issues will also be resolved with the update, bringing brand new skins.

The developers updated Udyr’s appearance and again solicited the community’s feedback. Riot altered Udyr’s antlers, giving them a more druidic look. Udyr received an orange headwrap from Lee Sin, which he now employs as a hand wrap, as part of League of Legends lore. Finally, each of his postures is connected in some way to a Freljordian demigod.

Riot Games’ League of Legends has been a hit MMO (massively multiplayer online) game for years, but what’s next for 2021?

First, let’s look at some of the game’s most popular features. The first is their unique business model – League of Legends has never required a subscription fee for players to play. Second is the game’s competitive nature – it holds tournaments with millions on the line every year. Third comes Riot Games’ position as one of the top game developers in the world.

All of this has helped League of Legends sell 70 million copies, with over 100 million users around the globe.

So what could they do next?

you can maintain your existing game desktop shortcuts for a direct path to your favorite game.

League of Legends fans would love to see more expansions like 2013’s ‘Mechs vs. Minions.’

Riot Games is known for focusing on quality over quantity, so they wouldn’t release something like this unless it was ready. Riot Games might consider changing the game’s business model – or at least hybridizing their current one. League of Legends is free to download and play because it offers in-game purchases for new champions, skins, runes, etc.

This strategy has worked for years, but if players are constantly downloading new champions. It might be time to consider changing things up with a subscription service or full-game purchase.

Riot Games could also focus on the game’s esports potential – they already hold tournaments for League of Legends worldwide. And with the release of ‘League of Legends: Supremacy’ after Riot Games acquired Radiant Entertainment, teams might be able to challenge each other in new formats. Plus, Riot Games recently announced plans for a five-year esports plan – which means they’re in this for the long haul and ready to take their esports presence and popularity to the next level.

In 2021, League of Legends might be a free-to-play title with a subscription or full-game purchase. Or maybe Riot Games has made the switch to a different business model altogether. They could also focus on refining their esports scene after its success this year.

There’s so much potential for the future of League of Legends – and fans of fighting games. But one thing’s for sure: whatever Riot Games has in store, the game will stay at the top of its genre. And with a dedicated community that loves their favorite free-to-play MMO, League of Legends is sure to stick around for years to come.