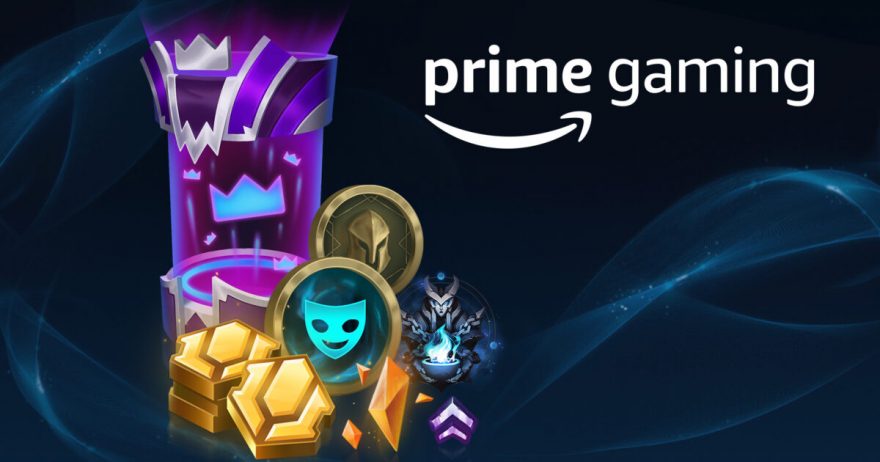 Have you been waiting for the ultimate Lux skin for a while, but haven’t had enough RP? Do you want your leveling to be faster to show off to your friends and family? Check out the October 2022 Prime Gaming capsule.

Riot Games and Prime Gaming have teamed up in an effort to give back to Amazon Prime Members. If you’re wondering how to unlock the capsule and what is inside, then don’t worry. All the details are right here.

What is Prime Gaming?

Amazon Prime subscribers enjoy a major benefit  gamers is Prime Gaming. Prime Gaming offers a monthly subscription that includes unlimited access to in-game loot and free games. League of Legends has been a part of a partnership with Prime Gaming from 2018, but you only had a few skin-shard tokens to redeem each month. With the new partnership between Riot Games & Amazon, all of this will change.

Prime Gaming has become an official sponsor of Riot Esports. This means players will have access to exclusive content for all Riot titles such as League of Legends, VALORANT and more. Legends of RuneterraAnd Wild Rift.

What are the League of Legends Prime Gaming in-Game Rewards for October 2018?

We don’t care much about the VALORANT and Legends of Runeterra rewards because we are playing League of Legends. Let’s get to the point and see what is hidden inside a Prime Gaming Capsule.

You not only get Riot Points but also Orange Essence. With Orange Essence you can make your own. Permanently unlock skins. The unowned 1350RP skin is also very nice. However, up to this point I have only gotten Tahm Kench skins and Zac skins, so I am not sure if I can trust the system.

When does the Prime Gaming October Deal begin?

Prime Gaming capsules are available from September 29th, 2022 to October 31st, 2022. This makes perfect sense considering it’s called the October Prime Gaming Capsule. You should make sure you get some freebies during this month. After all, you have to pay Amazon Prime.

Riot will make some changes in June, when it comes time to the rewards that you can earn. The skin and eternals are unchanged, but the RP amount has changed. Sadly, Riot stopped giving away 650 RP. Instead, you will be receiving this:

This means that you’ll have to spend less on Riot Points. Instead, you can save some Mythic essence. Try to get one of these Ashen Knight skins Other Mythic content In the shop, like prestige skins or mythic wards skins. (c) Riot Games/RiftFeed

How can I earn League of Legends Prime Gaming Rewards?

Now that you’re familiar with the rewards, you might be curious how to redeem them. No worries, we got your back!

It’s so simple. Follow these steps to receive your free rewards. While it’s not completely free, you must be a member Amazon Prime. But it’s 2022. And who doesn’t want a prime account! Make sure you connect your accounts to receive some champions and skins for free! You might have luck with skins that you like.