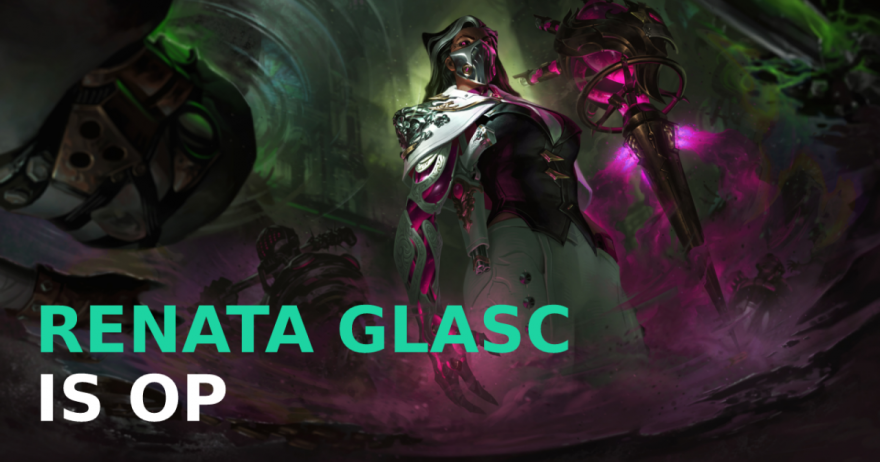 We have heard rumors about Renata and the power she holds, but finally, Riot has revealed who this boss woman is and what she can do on Summoner’s Rift. Her abilities have been revealed and we couldn’t be more excited.

It was a strange coincidence that the chemtech drake was removed so quickly, but it all makes sense now that we got a glimpse of Renata’s kit. Seriously, thanks Riot for disabling the chemtech drake before Rentata’s release. But let’s not get ahead of ourselves and check out Renata’s abilities.

What abilities does Renata have?

Renata is a unique enchantress. Renata is more than a shield. Allies that need healing, she is going to cause pure chaos on the rift and we’re so excited to see it all unfold in games. These are her capabilities.

You’re always within her reach, with or without her. pic.twitter.com/3OSwBeo0xO

Renata will be OP.

Renata’s W seems like an extremely strong ability. It seems extremely powerful to turn your ally into Sion in a matter of seconds. We believe her W will have a very high cooldown. Imagine being able repeat it. This would be just unfair.

A strong strength is her ultimate.. This ability to turn your enemies against each other is very annoying. Also, we expect high cooldowns for her ultimate.

Does that mean she is going OP? Not necessarily. Akshan can also bring back allies from the dead. This ability is similar to Zilean’s. This is why we believe that she will have long cooling downs to offset the power of her ability.

When will Renata Glasc be released?

Renata will soon be available on the PBE Server. She is likely to be released in LoL Patch 12.04. She will also be a champion in the upcoming TFT set along with Silco, which means she will be released simultaneously with the TFT Set 6.5 update.

Will you be playing Renata when Renata is released? Or you don’t enjoy playing enchanter supports? We’re excited for a whole Bot lane new experience!