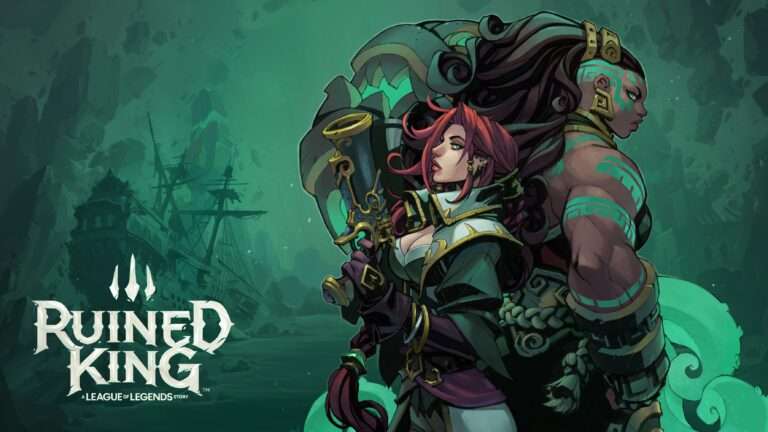 The long wait is finally over as more and more League of Legends fans is excited to welcome and play a new addition to Runeterra’s world in the League. Airship Syndicate and Riot Forge creative collaborations will bring you off your seat with its spinning stories, spanning genre, and a guaranteed fantastic studio.

This is the dawn of a new era and the beginning of a new adventure. Every League of Legends fan is genuinely excited to play this game real soon.

What Is The Ruined King Game About?

Suppose you’ve up for a single-player adventure pack and discover Bilgewater and Shadow isles. In that case, these two areas are found deep into the dangerous sea where pirates lurk around and shrouded by the widespread Black Mist, and this game is for you.

This gameplay is based on turn-based warfare, where players have to muster their strategic skills in building teams and defeat enemies who hinder the way. Tons of interactions with soulless monsters and pirates of Shadow isles destroy everything that comes their way.

Rediscover Rineterra on a new level like never before.

When you purchase the Ruined King: A League of Legends Story™ – Deluxe Edition- Ruined Skin Variants for all playable Champions you’ll get the following: Miss Fortune, Illaoi, Braum, Yasuo, Ahri, & Pyke- Lost & Found Weapon Pack- Ruination Starter Pack and exclusive Manamune Sword for Yasuo.  Deluxe Edition of the game released on January 5th, 2021. This is availble on xbox version too.

Which Champions Are Available?

The game is set at Burning Tides, A League’s event back when the Pirate King Gangplank was presumed to be dead after the attack of Miss Fortune. Since Gangplank’s reign was known to be cruel, Miss Fortune has ended the throne and avenged her parent’s death, which everyone may have thought about.

However, Gangplank has survived and is now in the lead to punish everyone who betrayed him. Based on what the game was named, it’s the ruined king’s story and returning to reclaim what was his.

Airship Syndicate developed the game while Riot Forge published it. With an independent game developer from Texas focusing on creating RPGs, it’s known to most fans that it’s not the first in line as a turn-based game. Some of the known turn-based games from Airship Syndicate include Darksiders Genesis (hack & slash RPG), Battle Chasers (Nightwar -2017), which have excellent online reviews, and fans of League of Legends have high hopes for Ruined King too.

When Will It Be Released?

While the official date is not yet confirmed, Riot Forge has been releasing teasers and sneak peeks about the game, which can be this year (2021). Players can add this game to their wishlist too.

How And Where To Get The Latest Updates?