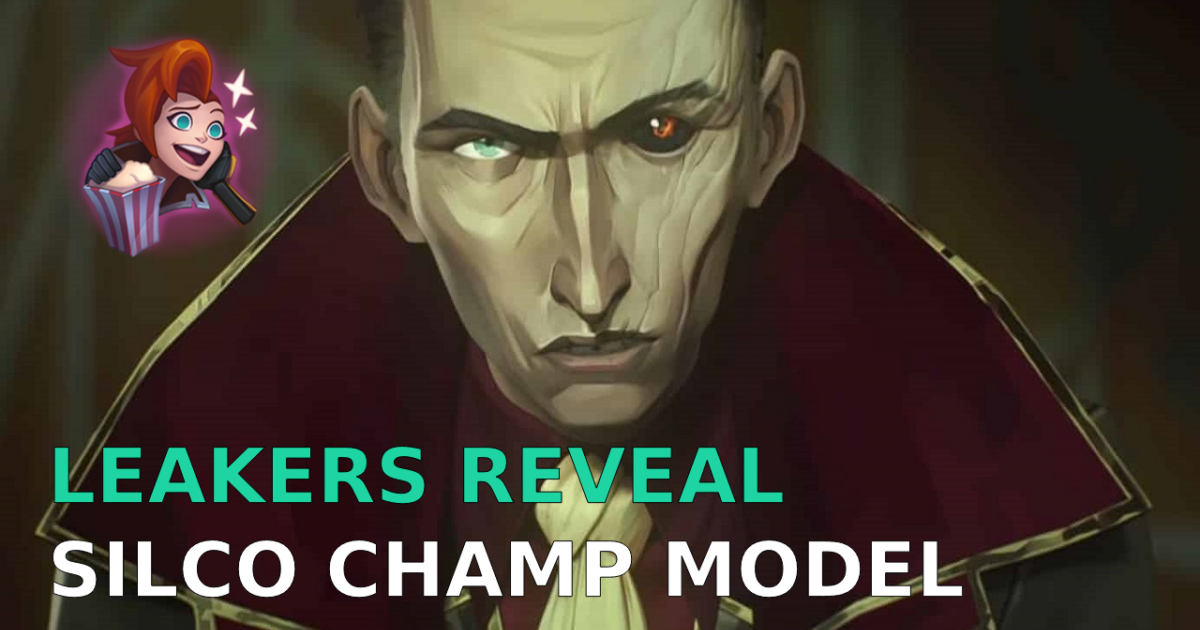 Are you tired of hearing about the upcoming Void Jungler Rem’Ora Are you looking for more Arcane? You’re in luck, Silco will soon be at a League of Legends event near you!

Silco is the “bad guy” of Arcane A beloved character got his own TFT model. But now, it looks like he might also be stepping onto Summoner’s Rift. Is he able to do the things he wants? What skins will he be wearing? Some interesting facts have been discovered by Leakers.

Silco in League of Legends

What abilities will Silco have?

Chinese leakers We have discovered some interesting facts about Silco. Although we know that we will get a Void jungler and a new ADC in 2022, none of this information is about Silco. That’s because he’s still some way away.

Silco may not be able to reach the rift in time, but some information about his potential abilities has been released.

Silco will be able to transform invisible with an intriguing ability. This will allow him to teleport into a desired position. Although it sounds like something else, we know Riot loves to re-use abilities and modify them. Anyone know of any Thee-hit passives

The leaks suggest that Silco could also make a clone. To be honest, I’ve only seen Arcane once, and I still miss this part of the story. However, Riot seems to think this is the best way to describe the character.

How to get the Silco Skin in League of Legends

While this whole article could have been just a joke, there is a way to get Silco into League of Legends right now. It’s all thanks modder Scrafty who created a custom skin for Shaco — I knew those abilities seemed too familiar!

These steps will allow Silco to march on Summoner’s Rift.

Enjoy this Shaco skin. I hope someone can make Renata Silco skins, as her kit would be perfect with Silco.