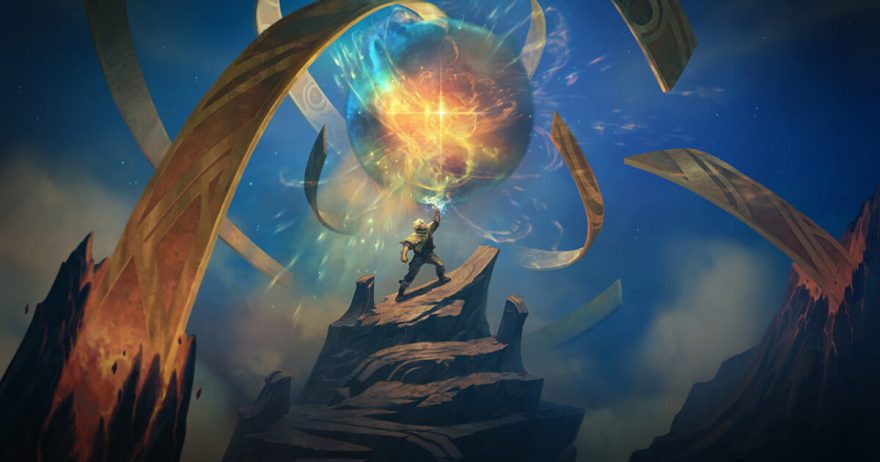 With all the hype surrounding Arcane right now, we forgot just what is ahead on Summoner’s Rift. New items, as well new dragons, are all on the horizon. Riot is also looking at their rune system in an effort to improve it.

What runes were they able to examine? Season 12 is just a few weeks away though? What are the changes? Well, we’re getting a brand spanking new rune, removing an existing one and well… As all things Riot releases, the new rune ‘First Strike’ is probably going to be completely broken.

What is First Strike?

First Strike, the newest rune that has made it to League of Legends, is called “First Strike”. This will be a very poke-heavy rune that will reward aggressive players.. So if you’re going to go in and get that first hit on an opponent, well then good job this rune is made for you.

What stats can First Strike give you?

This rune will be given to champions who pick it. Extra gold, more damage, and the satisfaction that you are moving ahead. This is especially crucial in the early game where a mere 50 gold can already make the difference between a BF Sword and Doran’s Blade.

These are the stats Riot shipped the rune On September 19, 2021, the PBE server will be activated:

You can damage an enemy champion by using an attack or ability immediately before they do. This grants you 5 gold and First Strike for three seconds. Your attacks or abilities deal 12% bonus damage to all champions. It also grants (100% melee/ 70% ranged) bonus damage that is equivalent to gold.

The cooldown is determined by the level that you reach between 25 seconds and 15 seconds. This rune is very useful for champions who like to gank and get the first strike in fights. Junglers can also move between lanes to allow for the cooldown to reset.

Which Champions are the Most Effective with First Strike?

As I have just said, This rune is great for junglers.. It’s great to be able roam even when the cooldown is up. You’re also often the one who will initiate any skirmish with ganks, which makes this an insanely good tool.

Naturally all-in champions like Katarina can do some serious damage by combining the rune’s passive with her ultimate. In the latter stages of the game you can reach around a thousand dollars by simply hitting four to five champions. This can be crucial in late-game item building.

The Inspiration Rune Path: Why?

Riot Games claims that Most players have forgotten about the Inspiration Rune Path. This rune path is meant to ‘bend the rules of League of Legends’ but it hasn’t been doing much bending the rules with the lack of exposure to actual gameplay.

Therefore, Riot will introduce First Strike in 2022 as a rune to help revive this rune path. Seriously though, does anyone use half the stuff Inspiration offers other than Future’s Market in an ARAM?

Which Rune Is Being Removed For First Strike?

Prototype: Omnistone is being replaced with First Strike. This rune was virtually unused and Riot didn’t have the means to buff it, afraid that it would be the go-to rune in pro play. It was decided to get rid of it and put in a better rune. Let’s see how First Strike pans out when pre-season goes live on November 17, 2021.