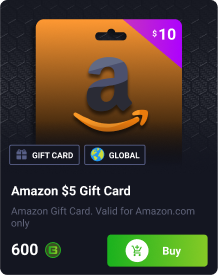 Online gaming has grown in popularity since lockdown. These games offer players an adrenaline rush and encourage them to play constantly, following some of the most successful games, such as Fortnite, Borderlands, and others that have sold millions of copies around the world. The game, called Fall Guys, was a surprise hit and quickly became a massive success. The game broke all records and was loved by many.

Mediatonic released the game on August 4, 2020 for Microsoft Windows and PlayStation 4. Then it was extended to Nintendo Switch and Xbox One in 2021. The main plot of the game revolves around players controlling a jellybean-like creature, and competing to win all challenges such as tag or obstacle courses. The game was a hit within days of its release, and there were many improvements to the servers and levels. Mediatonic was pleasantly surprised by the response to the game.

Every platform has many users. When a game becomes popular, everyone wants it. Playing across platforms is important these days. Cross-platform play is a common feature that developers use to increase player engagement. Fall guys Servers are now compatible with cross-playing.

A cross-platform game has numerous benefits

This is a one-time investment that will help you build a cross-platform network. It makes many things easier and costs less long-term. It opens up the possibility of expanding into new markets.

Because it is possible to play across servers, linking servers can attract more players. Players socialize more and the game’s popularity increases.

It is easier to manage the servers and network, which in turn reduces costs. Due to the increased number of players in a central game, it’s easier to maintain leaderboards or other important game features.

With the expansion of the audience to all platforms, there is more potential for expansion in other markets. This increases both the profit and the craze for this game.

Cross-playing is a great feature, but it has its limitations. It means that the game appears the same on all platforms. This means that different features have to be removed. It is also difficult to centralize a game considering all the different styles and servers across media.

The game, which was just launched, is still in the initial stages of embracing cross-platform capabilities. You can play the game on specific platforms, keeping your progress the exact same across them all. However, not in every media. This is disappointing for players but a masterpiece will always show its true form when it does.

There are several reasons for the problem. The first is the design of the game. Players experience new things every time they switch their platforms in fall guys. It is not easy to sync all of this. Another reason for the delay is too many people playing the game at once. It’s difficult for game developers to upgrade the game and allow many players to enjoy it simultaneously.

What platforms can you play Fall boys?

Playing on a PC

Mediatonic has successfully combined the platforms with PS4 for fall guys. This has greatly improved the gaming experience for both PC and PS4 players. Windows and Mac users are able to play together but they can’t play with each other. Cross-playing is a feature developers are constantly working on.

Fall guys can be played on PS4 using several other platforms, such as Microsoft Windows, Mac OS and other playstation models. However, PS4 users cannot play on Xbox. After the many updates, some of the most popular features have been added to PS4.

Xbox users will need to wait for the game to be available on other platforms such as Playstations, Xbox, and Nintendo. The developers have not been able yet to link Xbox Series X/S with their other series. However, Xbox players have a unique gaming experience that is different from other platforms. This unique style is also a hindrance to the platform’s ability to be linked.

Mobile gaming has been a major trend since the introduction of 4G internet. Mobile gaming is a must-have for every developer to get their game noticed. Mobile version of fall guys can be played on any operating system, so players can have cross-platform fun regardless of what platform their smartphone is running.

Over the past year, both Fall guys and Nintendo Switch have enjoyed a huge craze. Fall Guys launched the game on this platform and it was a delightful experience for fall guys game enthusiasts. It is unique because it allows gamers from other platforms to play the game on Nintendo. However, it does not allow them to access it in different styles and levels. The game’s uniqueness can be lost if developers try to blend it with other media.

Fall guys are by far the most beloved game of 2020, and they’re doing exceptionally well in this genre. The game still has a lot to do. There are still many things the game can improve upon, given the support and love it has received. This is the game of a new age. It’s meant to evolve and endure for a long period.

Cross-platform and Cross-progression features are critical for a game’s growth. Although the game is still in development, it seems that this feature is not yet available. Cross-platform features will help the game’s popularity. It is up to the developers to decide whether to allow the uniqueness to go between different platforms or to introduce another way to use cross-platform capability. We hope this discussion has helped to clarify any doubts you may have.